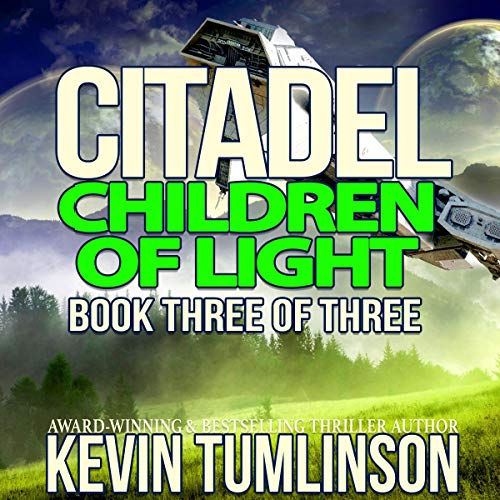 An Act of War.

The Citadel tower stands in ruins, while hundreds lie injured or dead. On distant Earth, a powerful madman prepares to seize control of the lightrail, in a move that will change the fate of humanity and the Esool alike.

All hope rests with a new species - represented by a young boy with unknown intentions and unlimited power. Will he be the savior of the colonies, or just speed up their destruction?

As one story ends, a universe of possibilities begins. Citadel and her crew become the pivot point of events that will echo throughout the universe, and history, for centuries to come.

"This well written science fiction story will capture your interest on page one and won’t let go until you finish. The characters are mysterious, fascinating, and likable." (James Chalk, author of Meat Market)

What listeners say about Children of Light