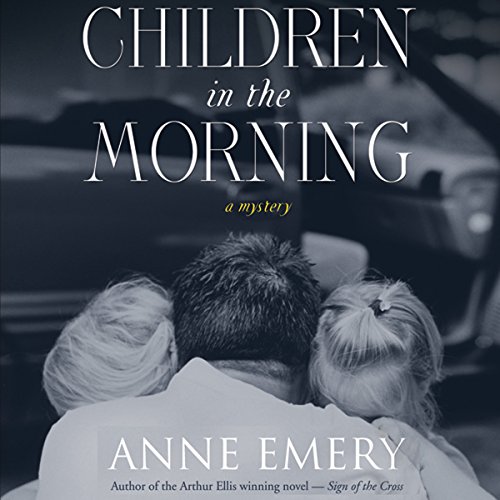 Children in the Morning: A Collins-Burke Mystery, Book 5

By: Anne Emery
Narrated by: Christian Rummel
Try for £0.00

When Beau Delaney, the Halifax hotshot whose exploits are the subject of a new Hollywood film, is charged with the murder of his wife, Peggy, it’s lawyer and bluesman Monty Collins who takes the case. But when Beau’s family dynamics and the appearance of a mysterious child alert Monty that his client is keeping secrets, others join in to help keep Beau from a life in prison.

Monty’s pal Father Brennan Burke has a hand in the investigation, as does Monty’s estranged wife, Maura. Watching all this is Normie, Monty and Maura’s daughter, who has the gift of second sight. When she starts having visions that involve Beau, she can’t tell whether they reflect something he’s done in the past or something he might do in the future. It then becomes clear that Normie and Monty must rely on each other to discover the truth about Peggy’s death.

"[T]best of the series. It has a solid plot, good characters and a very strange child who has visions." (Globe and Mail)
"By having Normie tell the story, Arthur Ellis Award-winning Emery allows readers to walk beside the girl as she deals with her second sight, the abuse of other children, and the anguish she feels when the peace of her home life is threatened. Not since Robert K. Tannenbaum's Lucy Karp, a young woman who talks with saints, have we seen a more poignant rendering of a female child with unusual powers." (Library Journal)

What listeners say about Children in the Morning: A Collins-Burke Mystery, Book 5

Having read and enjoyed so much the other Collins-Burke mysteries, I finally bit the bullet and read this one. I put off reading it because somehow I felt the aspect of a child narrating the story would jar me. And I was right, it did. But on the plus side, she does not narrate all of it. The problem for me was that a child supposed to be Normie's age would never use the kind of sentence construction and vocabulary in the narration. For that I made it 4 stars instead of 5. But enough of the downside. The up-side was that it was a good solid story with some nice twists and turns, what I have come to expect from Anne Emery. Also, and as I have come to expect from the author, the occasional funny scenes. I laughed out loud at the one with Fr Burke and the Harley. Just priceless. I wonder if anyone will think of putting these books into a TV series or films. I think they would work very well with the right cast. I don't know if authors ever read their Amazon reviews, but if they do and if you are reading this Anne, I am sitting here very patiently waiting for you to sharpen your pen and give us another tale for Collins and Burke. The icing on the cake for all these Collins-Burke books is the narration by Christian Rummel. He does a superb job. It's no wonder there are literally dozens of books out there narrated by him, he is awesome.

I like the fact that Burke and Collins have started to behave a little more like adults, and this was a good tale. I do like the Characters, although Normi is a bit precocious and irritating.

I did find that the accents Mr Rummel uses are strange in the extreme, a mix between Scottish and Irish - which I think was supposed to be the Scots tongue, and some of the Canadian accents had a tint of Irish too

What did you love best about Children in the Morning: A Collins-Burke Mystery, Book 5?

The readers ability to protray characters was well done

Outcome of the mystery

Which character – as performed by Christian Rummel – was your favorite?