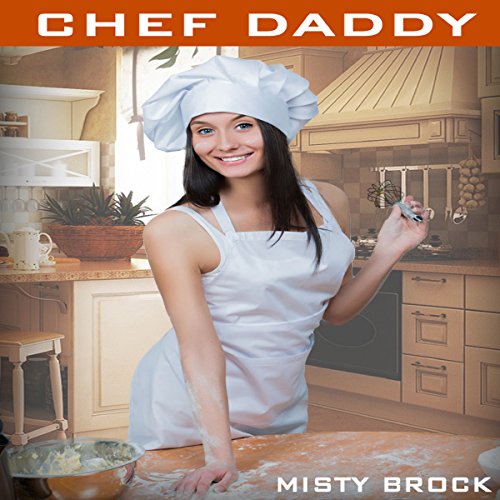 She never knew the celebrity chef liked girls in diapers!

Keith was a sexy, successful restauranteur and television chef who was in a heap of trouble. After a magazine ran a false story claiming that he said many slanderous things about housewives, his main demographic, the empire he built was starting to crumble.

Enter Nicole, the smart, confident advertising genius who had a plan to save his business. She was surprised to hear from Keith, a friend since high school who she had a crush on, but they never went beyond that. Now, 10 years later, she has a plan to get with the handsome chef of her dreams. Even if she must alter her plan to include wearing a diaper, sucking on a paci and calling Keith daddy, she's willing to go the distance to show Keith that she is the baby girl that he wants.

What listeners say about Chef Daddy

Not sure - possibly erotica fans, but definitely not ABDL age play fans.

What was most disappointing about Misty Brock’s story?

The most disappointing thing was this is the 7th Misty Brock audible I have purchased in the hopes of hearing an ABDL age play story and each time I have been disappointed. Never again! In the 2 hrs and 21 minutes of this audio, there was about 5 minutes of age play if you could call it that. Misty needs to read a Maggie Ryan or Meredith O'Reilly book to know what age play really is.

What does Sierra Kline bring to the story that you wouldn’t experience if you just read the book?

Sierra Kline is one of my favorite narrator, I believe if it hadn't been for her, I would have stopped after the first chapter.

I've never written a negative review and hope I never have to again, but I feel after 7 purchases and 7 dissapointments something needed to be said.