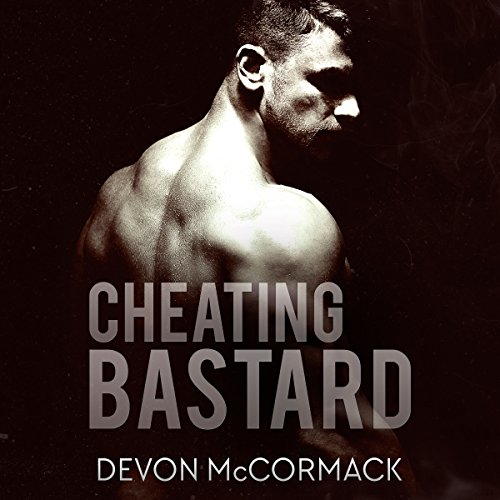 By: Devon McCormack
Narrated by: Michael Dean
Try for £0.00

He can get away with anything....

Warning: This story contains violent, brutal, and sadistic situations that some listeners might be uncomfortable with. Although Devon McCormack writes romance, this is not a romance and does not contain a happy ending. Look elsewhere for love because here there is only pain, darkness, and sadism.

What listeners say about Cheating Bastard

not 'dark' or eroctic, just vile

the MC's most redeeming quality is repeatedly cheating on the boyfriend who stuck w/ him through cancer and having rough unprotected sex w/ lots of hook ups behind boyfriend's back. from there it moves on to rape & murder. he is psychotic, not sexy. I'm disturbed that this book has as many positive amazon reviews as it does. Yes, genre romances can be too sweet. No, sex doesn't have to be vanilla. But this? lame & just yuck.
The narration is mediocre too.

In the best way. Dark and darker. Not for the faint of heart. If you have an open mind and don’t need a stupid happy ending, this is for you.

I must say I couldn't put this book down but it won't be one of my re-read or re listen favorites. Blake was a nasty piece of work and as the title suggests a Cheating Bastard. He was the ugliest character Devon has ever written and I did not like him. At one point I wanted to tell the others involved with him to run as fast as they could and never look back. This is well worth reading one time. It's like Apocalypse Now, in that wouldm't have missed it but don't want to be subjected to it again.

I had read the reviews and so felt between that and the title, I was prepared.

No complaints - it just didn't go where I thought it might.

When there is a narcissistic man who loves pulling the strings and playing those around him like puppets, there's no way you can have a happy ending.

And you won't get one.

Michael Pauley is great and I love Devon's other books. If you want something very quick, very different, very dark, very gritty, very dirty, and without a happy ending, this is your listen.

I really enjoyed this book as I was looking for a dark romance listen. I have become a fan of Devon’s and enjoy Michael’s narration. I wish that the end was a bit longer as I wanted to know if the Blake was caught.

For those reviews that said there was no HEA (and rated low bcuz of this) it states clearly that this is not a book with an HEA and it’s a VERY dark story. Always read the summary to know what you’re getting into so you’re not surprised.

Overall, I enjoyed listening but wanted more scenes with Todd and Kyle. Blake was a dirty dog.

Letting His Darkness Out To Play!!

Yikes!! The HORROR genre should have been added to the descriptor. As a former therapist, with no life-experiences for this to trigger, I appreciated this departure from the typical storyline of the author. We were warned, and accurately too, without love nor a HEA to be found. Just Mr. Sociopath getting his SICK on.

I agree with one reviewer who adamantly stated "once was enough." Michael Dean did his usual magic with what was put before him!

Thought I knew what would happen, but I was wrong!

This quick listen was certainly not a romance, but packed a lot in and the twist at the end was a doozy! Narration was fine and matched the story.

I love the author but what happened to happily ever after? I was truly disappointed about the ending.

what a ridicules story!!!!