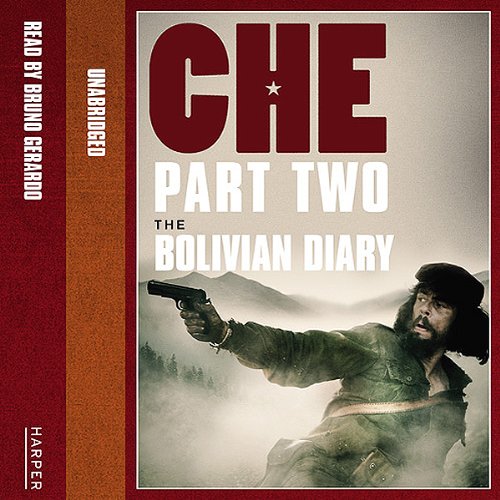 By: Ernesto 'Che' Guevara
Narrated by: Bruno Gerardo
Try for £0.00

'Home will be the open sky ... each guerrilla fighter is ready to die not just to defend an idea, but to make that idea a reality.'

Che Guevara remains one of the world's most iconic political and revolutionary figures. Fascinating to admirers and adversaries alike, he captured the minds of millions with his leadership and his belief in guerrilla warfare as the only effective agent to achieve political change.

Here, in his own classic text on revolution, Che draws on his first-hand experience of the Cuban campaign to document all aspects of guerrilla warfare, from its aims to its organisation and training. He analyses how in Cuba, against all odds, a small band of dedicated fighters grew in strength with the support of the people to defeat a dictator's army.

What listeners say about Che

Would you consider the audio edition of Che to be better than the print version?

I have not read the book - but I listen to everything of Che narrated by Bruno Gerado - he is a fantastic narrator.

The actual perspective of Che and how he struggled to get people to join his mission, which ultimately led to his failure, and death.

Which character – as performed by Bruno Gerardo – was your favourite?

The beginning of the end of Che.

Great listen, and listen to the other books of Che narrated by Bruno Gerardo