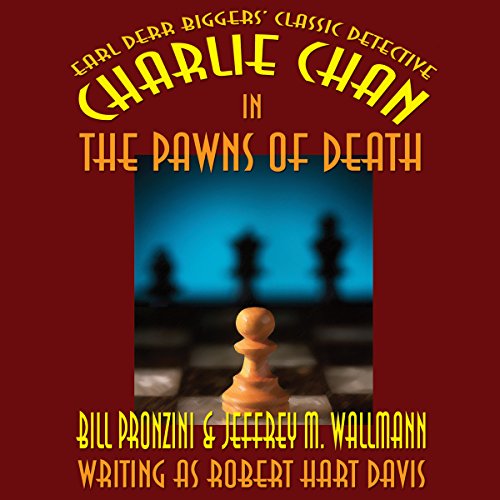 Charlie Chan in The Pawns of Death

"Checkmate." That was the last word uttered to Charlie Chan and Prefect of Police Claude DeBevre by a dying reporter. The man had been murdered... stabbed to death and left to die in a vacant hotel room. It is the second murder in 24 hours at the Transcontinental Chess Tournament, and Charlie Chan has been summoned from a peaceful and long-deserved vacation to help solve the crime before international scandal ruins the tournament's good name!

Originally published in Charlie Chan's Mystery Magazine in 1974, this is the first audiobook appearance of The Pawns of Death.

What listeners say about Charlie Chan in The Pawns of Death

The story seemed to be to short.It all happened so quickly.

Would you recommend Charlie Chan in The Pawns of Death to your friends? Why or why not?

What does Wayne June bring to the story that you wouldn???t experience if you just read the book?

Was Charlie Chan in The Pawns of Death worth the listening time?