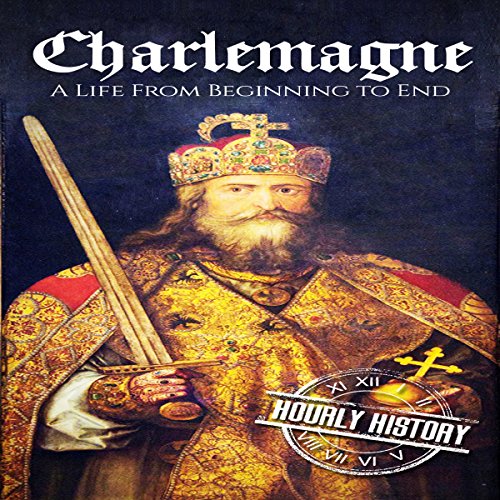 Charlemagne: A Life from Beginning to End

By: Hourly History
Narrated by: Nate Sjol
Try for £0.00

It is possible that no man has ever dominated a time as much as Charles the Great dominated the Early Middle Ages. It is true that the era had its kings, warriors, scholars, and religious leaders, but in many ways, Charlemagne was all of these things.

He conquered land for the Franks and sent in missionaries to convert the pagans to Christianity. He was probably illiterate, but he brought in Europe’s most renowned scholar, Alcuin of York, to transform education for both clergy and laity. He was much-married and virile, but he cherished his children and provided education for both his sons and his daughters. When he was named the Holy Roman Emperor by Pope Leo III, his title was a Christian benediction for the conquest that unified Western Europe. The unification did not last, but the legend never faded.

What listeners say about Charlemagne: A Life from Beginning to End

Amazing to me how much detailed information is known about the life of Charlemagne. Consice and interesting. I would recommend.