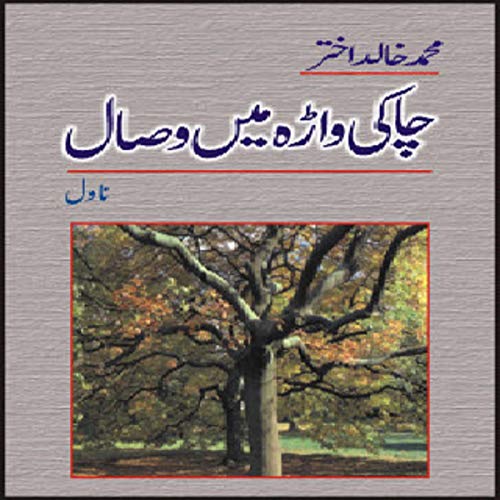 "The greatest novel in the Urdu language." (Faiz Ahmed Faiz)

A small Karachi neighbourhood, Chakiwara is humdrum and unspectacular to all appearances. But inside its shops and at the street corners, there is curious business afoot. Chronicling the drama that unfolds daily is Iqbal Hussain Changezi, bakery owner and collector of writers and geniuses. He has his eyes on out-of-work comedian Chakori, apprentice to a Chinese dentist, even as the town's mostly unsuccessful healer of physical and spiritual maladies prepares to unleash his top-secret invention, the love meter. Muhammad Khalid Akhtar presents a world at once familiar and peculiar but always surprising, his unforgettable characters keeping alive the old ways in a quietly changing Karachi in post-independence Pakistan.

Chakiwara Mein Visal is a true testament to the wit, sagacity, and quiet brilliance of one of the greatest storytellers of his time.

What listeners say about Chakiwara Mein Visal [Attached to the Chakwara]

The story is full of eccentric characters that are still very much believable and rooted it’s time and culture. Namely that of 1960s Karachi and it’s literary world. Narrator couldn’t be better. Sensitive to the nuances of the characters. A real joy to listen to.