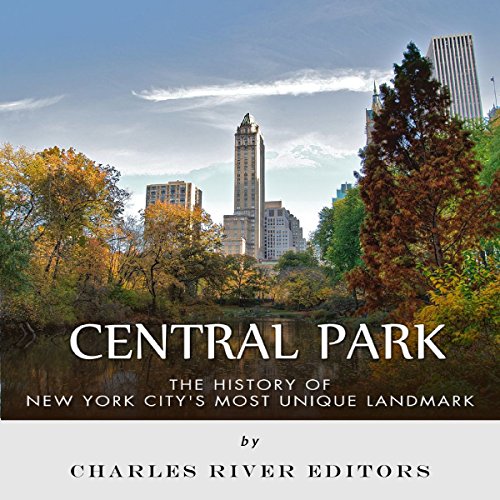 "I just want to go through Central Park and watch folks passing by. Spend the whole day watching people. I miss that." - Barack Obama

Of all the great cities in the world, few personify their country like New York City. As America's largest city and best known immigration gateway into the country, the Big Apple represents the beauty, diversity and sheer strength of the United States, a global financial center that has enticed people chasing the "American Dream" for centuries. Given that background, it's fitting that the city's most unique landmark, Central Park, sits at the heart of Manhattan and provides a stark contrast to the hustle and bustle surrounding it. As actor Haley Joel Osment once put it, "My favorite place is Central Park because you never know what you're going to find there. I also like that when I look out the windows of surrounding hotels, it's seems like I'm looking out over a forest."

In 1811, an ambitious plan was laid out that would transform Manhattan's grid into 2,028 blocks, from Houston Street to 155th Street. Forests would be cut down, hills razed, ponds and streams filled. It took years to survey, and years to complete: at different points in time, one might have seen a long avenue laid out, unpaved, with a scattering of as-yet-unattached six-story buildings amid boulders yet to be cleared and soon-to-be-demolished shantytowns. Ironically, almost no parks were incorporated into the plan, and Central Park would not be built until the end of the 19th century.

What listeners say about Central Park: The History of New York City's Most Unique Landmark


Not the world's best thesis, at least 80% of it is lifted from historical documents,properly credited of course, but uninspired. Even taking its brevity into account, it was dry as dust and unworthy of all of the backbreaking work needed to change the landscape into the marvel that it is.
Ian H. Shattuck was adequate as narrator. He has a very good voice, but some of his pronunciations should have been researched prior to recording.

This is a strange piece. The "story" is about Central Park development, and some of it appears to be original writing from early park history. But the narrator is so odd - he has a wonderful speaking voice (tone) yet terrible, even strange, pronunciation. He first misreads "Houston Street" the sign of a non-NYer (it is said Howston, not Youston). Then he slurs and swallows words, doesn't pronounce letters, esp "T". He makes up his own pronunciations which is very very distracting and very unprofessional. Examples: architecture = arch-u-tecture; structure = strussure; properties = propperies; trusting = trussing; Central Park = Shentral Park; conservancy = concervacy; history = hissery; enterprise = anaprise; university = universy; uninterrupted = uninrupted; UnitedStates = Unistates; an on and on and on