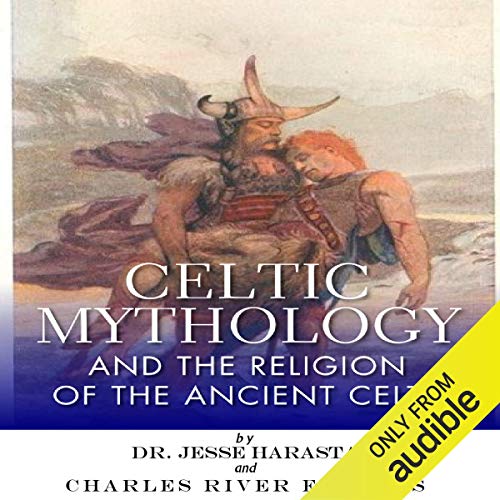 Celtic Mythology and the Religion of the Ancient Celts

Celtic Mythology and the Religion of the Ancient Celts

The Celts are one of the most well-known groups in Europe and one of the least understood. Depending on which classifications are used, the Celts are also one of the oldest civilizations in Europe. In the centuries before Christ, the Celts were spread out across much of continental Europe, and though they are mostly identified with Gaul, evidence suggests they also spread as far as Portugal. Though they were spread out across Europe before the height of the Roman Empire, most people associate the Celts with the British Isles today, particularly Ireland and Scotland. After they had been relegated to those smaller regions as a result of the Romans and other migrations, the culture of the Celts as it is currently understood began to congeal during the Early Middle Ages, and Celtic culture, folklore, and legend have all become inextricably intertwined with Irish history and British history as a whole.

Historically, Celtic cultures differ from their English and French neighbors in a number of ways, including social organization, language, values and economic systems, but one of the most captivating of these has always been their myths. Celtic Myths, which can be read in translation without needing special training in grammar, are more accessible than the Celtic languages, and unlike the other distinctive features that have faded over the centuries, myths still have their immediacy and power when read today. While much has undoubtedly been lost from the ancient Celts over time, medieval manuscripts help scholars understand how Celtic myths have reached the form they have today. Like many ancient belief systems, Celtic mythology shares Indo-European roots, meaning Celtic beliefs have cousins in related societies like the Norse, Greeks, Romans and Slavs, with a foundation of shared mythmaking that goes back several millennia.

Rather sadly in true American fashion the book contains small but damaging errors. I say damaging because students and American pagans then go on to expand on these inaccuracies causing even more erroneous confusion and arguments in future research! Sadly this subject has suffered a lot of misleading information sadly most from the US. There are errors in pronunciation of most names. This aside, if you know the pitfalls and mistakes, the book is fair but if you don't know the subject find a book of more academic research and authority.

Not any of the myths

if you are looking for the actually stories/ myths of the ancient Celts then this isn't the one to get.
It was a history of the Celts and origins of the language and where they were from etc. Was still a pretty good listen!

not what it seems

I thought it was going to be about Celtic mythology, but it was more of a broken history of the Celtic peoples. it only very briefly touched on the religion, no telling of any stories.

What would have made Celtic Mythology and the Religion of the Ancient Celts better?

If they had included more mythology information.

Has Celtic Mythology and the Religion of the Ancient Celts turned you off from other books in this genre?

Boredom. Too much analyzing of early languages and not enough interesting facts.

As a history book of the Celts, this is GREAT.

If you're looking for stories of the Celtic pantheon... Just keep on looking.
This is a great book on the history of the Celts but not a story book about the Celtic God's.
Way more interesting than a text book but you feel like you've been edjutained.
As per his usual, Purcell does a wonderful job putting the story into your ear holes.
Learn about how the Celts and their druids lived their lives, where they came from, what they believed and how they worshipped.

Information is interesting but the awful pronunciation and dry boring narration would put anyone to sleep.

didn't really get into the title

this book is super short and didn't really get into the beliefs. very vague. more a Celtic history overview

Somehow they have managed to take a fascinating subject and talk only about the tedious parts. If you want to hear any actual myths, you’ll be disappointed. This is academic nuance- etymology, historical drift, large themes. And it’s read so slow that you’ll drift to sleep before the third possible origin of the word Druid is explained.

the book is good over all but the information is a little scattered and never explained in depth. it goes off topic and never explains why it was truly needed in the book. the reader is noisy in some parts and takes long pauses in others. all in all not disappointed just seams like both aspects could have been executed better

Need to write a research paper?

I definitely downloaded this book expecting more of a story based format. Nope. This was more of a telling about the different cultures and nations that influenced the myths, how the Romans and the Christians changed things... I probably need to read the book descriptions more closely before choosing. This title would be ideal for academic purposes.

A great listen it is not to slow or fast and contained info that is not easily found.

I don't think fell like writing to let you know what I am talking about the same time. I will send you a lot of people who are you a call at your house. it.