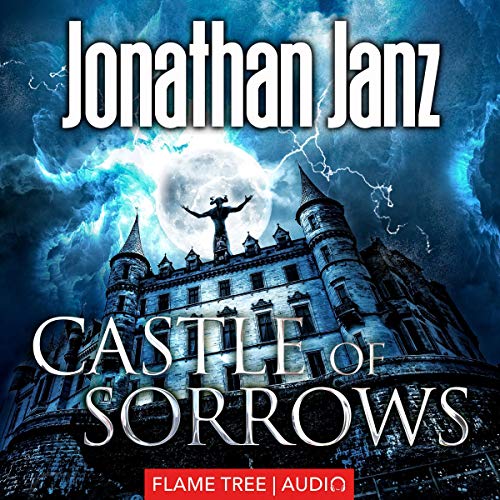 A year ago, composer Ben Shadeland traveled to the Sorrows, a reportedly haunted island off the California coast, to find inspiration for a horror movie music score. Instead, he found madness, murder, and an ancient evil. His family barely survived the nightmare, and Ben swore he'd never return to the island or its accursed castle. Now, Ben's infant daughter has been kidnapped and Ben is convinced that the malevolent creature that lives in the catacombs beneath Castle Blackwood is responsible. Ben joins three federal agents, a sultry medium, and others in an attempt to save his daughter. But what awaits them is far worse than they ever imagined. The creature - an ancient god named Gabriel - has grown more powerful than ever. It has summoned unspeakable monsters to the island - both human and supernatural. And Gabriel won't rest until he has his revenge.

A well-done follow-up to THE SORROWS, CASTLE OF SORROWS takes us back to the island where Castle Blackwood sits ominously with its lurking, horned beast and hardly lets you breathe.

Ben finds himself heading back to The Sorrows after his mother is murdered and his baby daughter is kidnapped. He instantly knows it's Gabriel, the beast from the island, and ends up on the island with some FBI agents, all while some gangsters follow them out there with intentions of killing all but the widowed Mrs. Blackwood so they can extract an arbitrary fee that her son incurred from them before dying on the island a year ago. No one believes Ben about the monster that lurks the island, but they're all about to find out just how wrong they were to ever doubt him.

So the setup happens early on, wasting zero time getting things moving along, and before we know it, we're back on the island. For about 7/8 of this book, the monster is (mostly) only spoken of or seen in shadow or periphery. But don't take that to mean nothing is going on. There's a hellacious gun battle on the island with the agents and the gangsters, and chaos reigns while Ben tries to stay alive and find his missing baby girl. Eventually, the cast is whittled down to the essentials, and the horror of Gabriel is unleashed.

Janz knows how to get the action moving briskly, and he does a good job of it here. There's never a moment to get slow down here, though we do get some more history with the Widow Blackwood, her husband, and the fearsome Gabriel. Much of this book reads like a strange mobster movie in an odd setting, but the undercurrent of horror and our knowledge of what happened on the island before and what is certainly lurking there for our characters now helps to amp up the tension. When the monster finally does show up and things explode, the horror is as visceral and intense as the first book was, mirroring some aspects, but managing to give us a unique and new story to sink our teeth into that's a lot of fun.

Claire, who met Ben in the first book and was a major character, is hardly in this one, even though she's married to Ben now and they have a child together. However, Janz didn't just forget about her, and when she and her role come into view, we have what may well be the set up for a third Sorrows book, something I hope I'm not wrong about. As different as this book was from its predecessor, it fits nicely into this ongoing story, and would serve as a terrific "Empire Strikes Back" style sequel, a perfect second entry in what I hope will be a trilogy.

I've read and reviewed now 8 Jonathan Janz novels, including this one, and he is consistently good. Even great. I've yet to be disappointed in his work, and I like that, like Stephen King or Lee Child, I can always pick up another of Janz's work and instantly feel right at home. There's no awkward period getting used to the writing before I really get invested; it happens right from the first page. And thus far, he hasn't missed.

If you liked The Sorrows, Castle of Sorrows is a must for you. The climax is quite gripping, perhaps not as much as the first one, but it's close, and further, it's the epilogue that really grabs you by the short and curlies, gasping for air. And it makes for quite a sinister entry.

As with the first book, Nathan Osgood does a wonderful job with the narration.

Another no-brainer for not only fans of Janz, but for newcomers as well, though I do recommend reading the first book before this one because you'll be lost otherwise. This is a full-blown sequel, not a stand-alone novel, but it's a fine entry you don't want to miss.