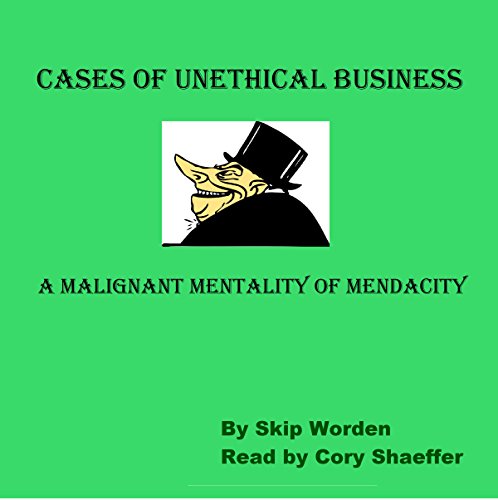 Cases of Unethical Business: A Malignant Mentality of Mendacity

Are American businesses generally less ethical than their counterparts around the world? Does a particular unethical mentality exist in the American business-culture? This book presents a number of cases of unethical conduct at American companies, along with a part on such conduct in companies in other regions of the world.

Rather than following with the traditional orientation to ethical decision-making, the emphasis here is on the underlying mentality out of which the decisions come. The mentality itself, often times mendacious, is presented here as inherently unethical in itself. A variety of industries are represented so to demonstrate such a lower common denominator.

What listeners say about Cases of Unethical Business: A Malignant Mentality of Mendacity