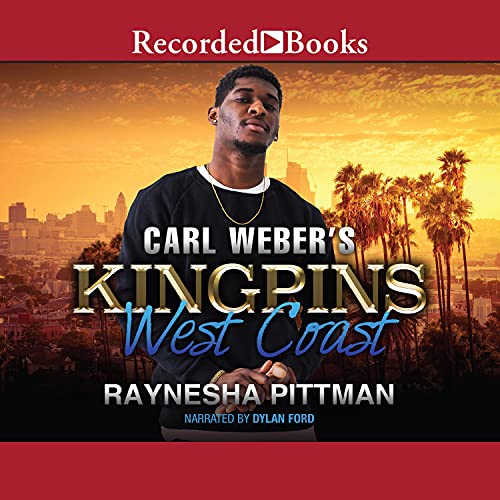 By: Raynesha Pittman
Narrated by: Dylan Ford
Try for £0.00

All hail to the West Coast, where its natural resources of breathtaking beaches, smokable trees, and beautiful women are unlimited. From the freezing top of Mt. Denali in Alaska to the fly-ass architectural marvel of California's Golden Gate Bridge, the region is one of the most desirable places to visit on Earth. But for a problematic girl like Temper Chey, it's a prison, and she's dying to be freed.

Perhaps Temper's longing to escape is a result of being raised on a road less traveled in an area of South Central Los Angeles, where tourism is obsolete and gang banging and dope slanging reign supreme. Or maybe it's because of the widespread enigma of "the only way out the hood is over a 30-foot wall". If this hood proverb is true, then being born half Black and half Asian should've given her a 10-foot ladder as a head start.

Will her brief escapade with one of the most infamous Crip kingpins force her to twist, toss, and burn her exit plans? Will she give up on the promise she made to her uncle to "bust her ass" to get those missing 20 feet? Or will the chaos be the defibrillator that revives her and provides an escalator ride to freedom?