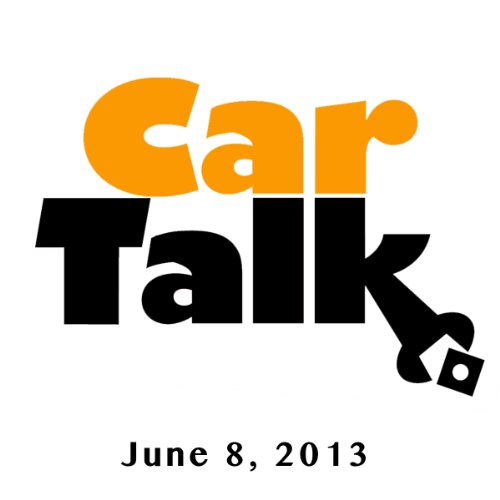 This week on Car Talk, why does the horn in John's wife's Golf start blowing when he drives it? John's wife thinks he's setting off the "lard butt indicator" under the driver's seat. Has VW really come up with something so sophisticated?

Elsewhere, Wendy has discovered that giving up her beloved Super Beetle has done great harm to her social life. She used to be able to meet guys while working on its (many) problems. But, her new Toyota is both too reliable and too complicated.

Also, Sara learns an expensive lesson in why you shouldn't let a Physics Grad student fix your fuel pump--with you and your dog stuck in the car while it's on the lift; and can Jeff safely use Coleman fuel in his Civic next time he gets stranded while camping? All this, and lots more, this week on Car Talk. [Broadcast Date: June 8, 2013]

Can't get enough of Click and Clack's Car Talk? Fear not! You can find previous shows by clicking on matching edition under Periodicals.
©2013 Dewey, Cheetham, and Howe