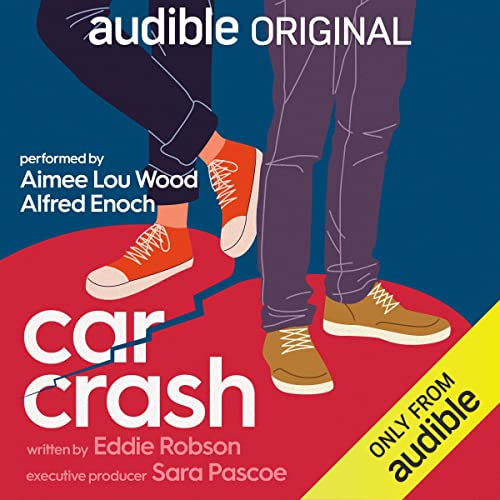 What listeners say about Car Crash

Clicked on this to pass the time on a car journey. Ended up listening to all 10 episodes in a day it was so good.

A really listenable comedy drama. Very well acted, and the character development was really good. Worth a listen, definitely.

Listened to it in one day.

I didn’t want to stop listening once I’d started and I didn’t drift off to sleep once, that’s a sign of a great audiobook.

This was such a funny and clever series and a nice take on the dating/romance story. Definitely recommend it

I really enjoyed this comedy. The writing, acting and production were top-notch. I listened to the whole thing in one afternoon, with each episode bringing a new development. All genuinely comic, mental, non-offensive and heartwarming. The characters were relatable and likeable. Quintessentially English and metropolitan in its portrayal of various characters from South London, The North and other believable accents, classes, careers and world-views. How they managed to bottle so much plot, character development and context into a relatively short production is a testament to its genius. In short, loved it! Great work! More from this team please!!

It’s hard to execute a good romantic comedy. Normally they are either not funny, or the relationship isn’t credible. This had a great script and terrific performances from all the cast.

The story also touches on hot button issues, without ever being preachy.

Great story, couldn't stop listening. Really funny and heartwarming....wish it lasted longer! The performances were fantastic and the characters were so relatable

The best audible original so far

Fantastic. Wonderful writing, recoding and performances from all the cast - especially Aimee Lou Wood. A must listen

Fun podcast. Not what I expected. A little preachy about lifestyle politics. Storyline was unique. Loved the characters ... especially Elliot, hated Grace though. She is super insecure and knows she's unlikable. Nice it was a quasi HE.

I love the main characters, Gracie and Elliot. They were so funny and relatable. Adults figuring life out and dating and relationships. The performances were excellent and really enjoyed how the episodes were formatted and the length. In conclusion a very hilarious and lovely listen.

This was a great show! Best Rom-com I've heard or seen in a while! Alfred Enoch doing comedy was surprisingly amazing!!!

A captivating and very entertaining story. I really enjoyed it from beginning to end.