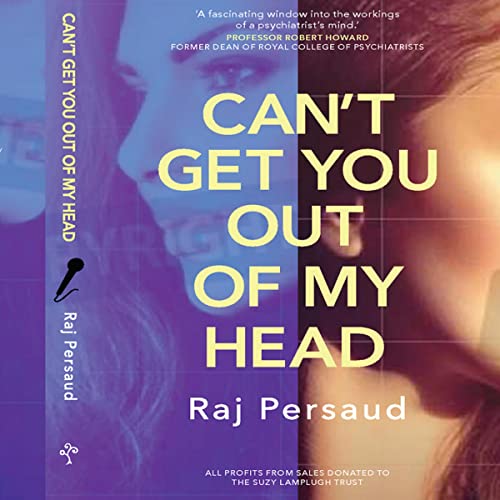 Can't Get You Out of My Head

By: Raj Persaud
Narrated by: Andrew Cullum
Try for £0.00

William James is a young psychiatrist specializing in the psychology of stalking. A rather dry academic, but already a world authority on obsessive love–he’s certainly not the type to get mixed up with beautiful women…until he’s recruited by the Foreign Office to join a unique police protection unit, exclusively focused on besotted admirers who unpredictably flip into assassins. He now finds himself mingling with Philippa Foot, the unusually glamorous Foreign Secretary, and Dread, a notorious rock star.

A spate of bizarre and inexplicable threats mean he’s now battling with antagonistic police forces as well as obstructive personal bodyguards. Can the offbeat psychiatrist apprehend these deadly stalkers, relentlessly evading sanity, hunting their prey even from behind prison bars, ever-willing to die for their delusion?

As Dread prepares for a diva’s ultimate global audience–the largest charity concert in history, opened by the beguiling Foreign Secretary–William races against time. Can he prevent a massacre of the famous on a world stage?

Peppered with real-life true stories from luminaries, and other victims, this psychological thriller, already endorsed by genuine experts in the field, lifts the lid on the dark side of our infatuation with celebrity and possessive love.

What listeners say about Can't Get You Out of My Head