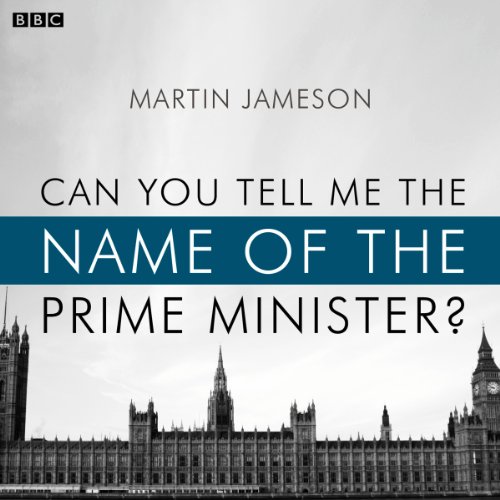 Can You Tell Me the Name of the Prime Minister?

A BBC Radio 4 science-fiction mystery by Martin Jameson, originally broadcast as the ‘Afternoon Play’ on 14 May 2010.

A week after the election, Liz de Souza, a psychiatrist, examines a patient at a secure government research facility who's convinced that Tony Blair is still Prime Minister.

What listeners say about Can You Tell Me the Name of the Prime Minister?

The narrative unfolds into an epic thriller, which also manages to explore some significantly large philosophical, scientific and socio-political themes.

The atmosphere conjured by the writing is mysterious, unsettling and tense whilst remaining completely compelling. A brilliantly woven mystery unfolds and takes you into unexpected territory, exploring concepts & areas that are simultaneously cosmic yet scarily domestic.

This story could hardly be more relevant for today's socio-political climate. And even whilst exploring such a serious world it manages to miraculously leave the listener with an unnerving dissonance created by conjuring feelings of awe, hope, paranoia and foreboding, all at once.