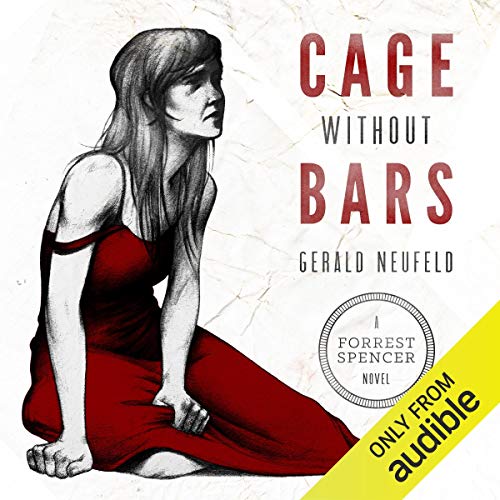 Frightened, my wife nudges me awake, certain that she heard a noise somewhere in the house. I hear the intruder a moment later. Our home is in a run-down part of town where burglaries and robbery have become commonplace. Worried about our 18-month-old in an adjoining room, I get up, grabbing a golf club I know to be in our closet, and go out to investigate. There's just sufficient light to illuminate the form of a man close to me in the hall. He turns and thrusts something at me that I can't see well that I learn later was a knife. My club strikes the man in the temple and kills him. I have two years of my prison sentence yet to serve. Is this justice?

Criminal attorney Forrest Spencer would argue no. Lucy Jackson knows with certainty that her husband is about to sexually assault their willing preadolescent daughter. Lucy has been induced by her manipulative spouse to believe that she is powerless to interfere. She will lose all - her children, her marriage, her home - if she tries in any way to intercede. Convinced she has no choice, prepared to sacrifice all for her child, she kills her husband. Spencer must find a way to convince a jury that there are times when homicide within the home may be justified.

What listeners say about Cage Without Bars

A Cage Without Bars is a suspenseful and wonderful ride into the worlds of psychological abuse and courtroom litigation. We find ourselves flowing 2 interesting protagonists; Forest Spencer and Lucy Jackson. Friends since college they find themselves somewhat estranged after Lucy gets married. ***WARNING SPOILER AHEAD*** Lucy's husband Paul is without conscience. He is abusive and manipulative is ways that will make your stomach turn. Lucy finds herself in an untenable situation and kills him. The bulk of the drama unfolds as we watch the courtroom action of Lucy's murder trial.

Without giving anymore away I will say 3 final things:
1) I would have voted Lucy not guilty in a heartbeat on the evidence presented by Forest Spencer.
2) As the wise King Solomon once said and the great writer John Grisham portrayed in his book by the same title their is "a time to kill"
3) I have only one complaint about the book and that is the excess sex. Because of the topics some sex was required, however, there was no need for the graphic details of Forest's love life. These graphics details in no way furthered the plot.

Best of the three

This was my favorite of the three so far. The book was well written and flowed very well. It was also very unpredictable. Good reading

There is a time to kill, and Lucy Evans Jackson did just that. She shot her husband who was having sex with their 12 year old daughter. She planned it and carried it out and confessed openly and honestly. This is a story about severe, long term psychological abuse of the wife followed by the incest. He needed killing and Lucy did it. Should she be sent to prison for taking the only action available to her?