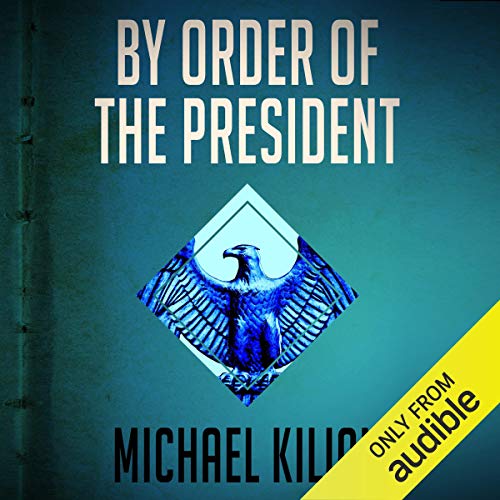 By Order of the President

By Order of the President

A would-be assassin wounds the president - and throws the country into chaos.

The gunman crouches in his crawl space, dreaming of revenge. The United States has turned his homeland into a combat zone, killing his family and ruining his life. Today, vengeance will be had.

President Henry Hampton is visiting Gettysburg, and the band has just struck up "Hail to the Chief" when the first shots ring out. Blood stains the old battleground once more. The president takes a bullet to the neck, and his bodyguard hustles him into his limousine - rushing him not to a hospital, but to Camp David, where he can be best protected against the conspiracy that threatens to consume America from the inside out.

As days pass with only vague news about the president's condition, the country threatens to slide into chaos, and it will fall to two unlikely heroes to rescue the government: a California adman and the desperate vice president of the United States.

This book is nearly 30 years old. Maybe our taste in style has changed. It took 2-3 HOURS for there to be any substantial conversation. Most of the space was spent describing people's motivations, dreams, and backgrounds. Very sigh worthy.

After the assassination attempt, there is another looong period with not much action. It is hard to believe that the President's driver, a Secret Service agent, would have no emergency protocol and end up screaming, "What do we do? Where do we go?" He didn't even just start driving to escape the killing ground.

A lot of time is spent waiting, waiting, while the author drones on.

Then the book starts to look like the movie Dave, but there are some surprises. First the "hero" is not somebody from the beginning who looked like a main player. The solution to the mystery and the ending are both surprising (which is why it gets any stars at all), but are also confusing and unsatisfying. The "hero" seems to be a mensch, neither good guy nor bad guy, just an idiot. The whole tensely set up situation fizzles away with accidentally dead bodies and upset lives.

The narration is atrocious. Misplaced emphases all over the place, and weird pronunciations like "ambassaTor" and "wheary" (weary) and "toe-word" (toward), and the inexcusable McLEEn Virginia instead of McLAYn! Menasche's voice is tight and high, not very pleasant to listen to, imbuing everything with a bratty whine. Although not the narrator's fault, we are dealt horrendous Spanish (La Puño, indeed), less bad French.

All in all, I do not recommend this book. It would have made a better movie, where the screen writers could have distilled it down to an hour and a half of action scenes sewn together with pithy dialog. The book doesn't have these.

I didn’t finish this book because the narrator was unbearable...character voice distinction was very badly done!!

this book is slow and boring! I had a hard time getting &quot;into&quot; this book