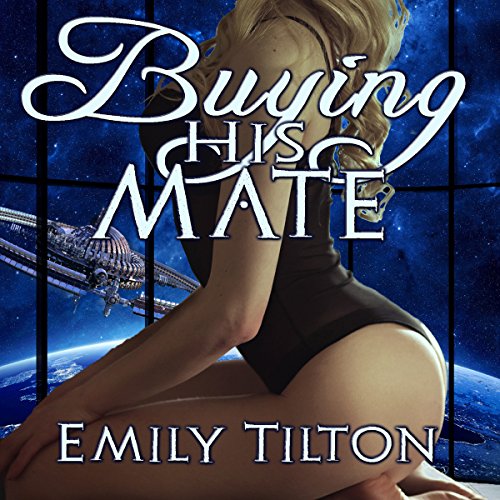 By: Emily Tilton
Narrated by: Elliott Daniels
Try for £0.00

In the years since the rich and powerful abandoned their planet, society on Earth has all but disintegrated. But there is one thing that those who left Earth behind still need from their old home, and in return for sustenance and protection the remaining humans of Earth have offered their women as mates to those who wish to claim them.

Despite her best efforts to avoid her fate - efforts that only earn her a hard, bare-bottom spanking - when the time for her inspection arrives, 18-year-old Gretchen soon finds herself stripped naked for a humiliating, intimate examination in front of an audience intent on evaluating her as a potential mate.

Martin Lourcy was attracted to Gretchen from the moment he set eyes on the beautiful young woman, but it is her body's helpless arousal during her examination that convinces him he must have her. But Martin wants Gretchen not only as his mate but as his something more, something his society no longer allows a man to have. He wants her as his wife.

After buying the right to take Gretchen home with him, Martin marries her in secret, but soon he is faced with an unexpected dilemma. Though he is wildly in love with his new bride, his position affords him the power to use her in any way he desires, and his lust for her pushes him to dominate her ever more harshly. Yet when he strives to treat her gently, she rebels, and he is forced to wonder if everything his society taught him was wrong. Could Gretchen truly not only want but need her husband to master her and take her as hard and as often as he sees fit?

What listeners say about Buying His Mate

This is another book I was really looking forward to enjoying but the narrator ruined it for me. I received this free copy audiobook at my request and have voluntarily left this review.

I was really excited for this story but I couldn't get past the narrator, his voice just didn't match the characters. Even the woman sounded like an older man talking. I couldn't finish it