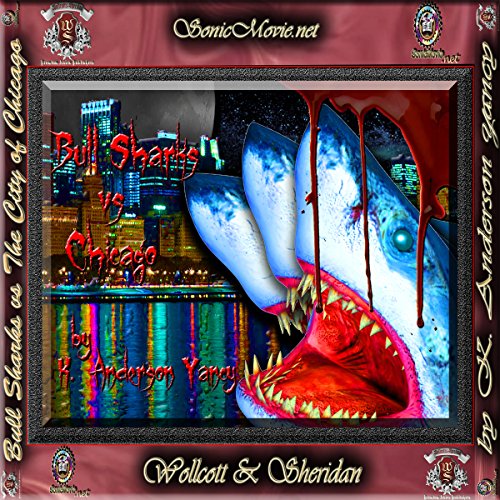 Bull Sharks vs. the City of Chicago

Sometimes we mess with Mother Nature, sometimes she messes with us.

Bull Sharks vs. the City of Chicago is a story that can actually happen and will probably happen if it isn't already happening.

In Bull Sharks vs. the City of Chicago, in America's third largest city, a Chicago police captain inadvertently finds himself slammed hard between a city cover-up of Lake Michigan's infestation by bull sharks, aggressive man-eaters, and protecting the residents and guests of the city. He's faced with a moral choice: go along with the cover-up and protect himself or be buried by it.

Bull sharks have the unique ability to live in both freshwater and saltwater with equal ease. Lake Michigan, the water bordering Chicago, is one of the five interconnected Great Lakes, which combined account for 21 percent of the world's fresh water. They are enormous and often called inland seas, with a combined surface area roughly the size of the United Kingdom.

There are bull sharks in the Mississippi River, which is connected to the Great Lakes ,and bull sharks have been sighted in Southern Illinois, fewer than 300 miles south of Chicago, nearer the river's northern end, and as far south as New Orleans, Louisiana. Additionally Bull Sharks have even been sighted in New Orleans’ 630-square-mile Lake Pontchartrain - gifts left behind when hurricane Katrina flooded the city in 2005.

Bull sharks are highly aggressive apex predators with no natural predators of their own. Supreme, they reside at the top of their food chain and are believed to be responsible for the majority of near-shore shark attacks, not great whites. They are the pit bulls of man-eating sharks - stout, powerful, and hyperaggressive.

In Chicago's sister city of sorts, more than 500 bull sharks are living in the Brisbane River, which runs through Brisbane, Australia, the third most populous city in Australia.

What listeners say about Bull Sharks vs. the City of Chicago

This book was entertaining, I liked the sound effects it makes the book more interesting to listen to wish more books were like this especially the longer ones.

"I was provided this audiobook at no charge by the author, publisher and narrator in exchange for an unbiased review via AudiobookBlast dot com

Where does Bull Sharks vs. the City of Chicago rank among all the audiobooks you’ve listened to so far?

Near the top. It's a quick listen but fun from start to finish. Yancy never dissappoints.

The author has a wonderful sense of how are society handles what frightens it and how we overcome.

I really like the response to Bull Sharks by the people of Chicago.

In this shark tank its all bite and no talk.

Jump In - Its Feeding Time!

i received a copy of this Audiobook through Audiobook blast dot com from the author in exchange for my honest review.

i really like sonicmovies now. i think this is my third reviewing for the author and i have found that it is entertaining and his short stories are packed with excitement.

look forward to listening to more!

A longer length would have been more enjoyable. They story really held my attention, but I felt a little I satisfied.

I thought this audiobook was terrific. It was fast and exciting. The sound effects were amazing! I think this could perhaps happen. Yikes.
I couldn't help but think of the Chicago Bulls. The book really had my imagination going. Loved it. Great work by K. Anderson Yancy.

The audio quality was fantastic. I would definitely like to hear more of these shorts. I've purchased similar audiobooks in the past so this was something that I do enjoy. It had a spooky feel. Good stuff.