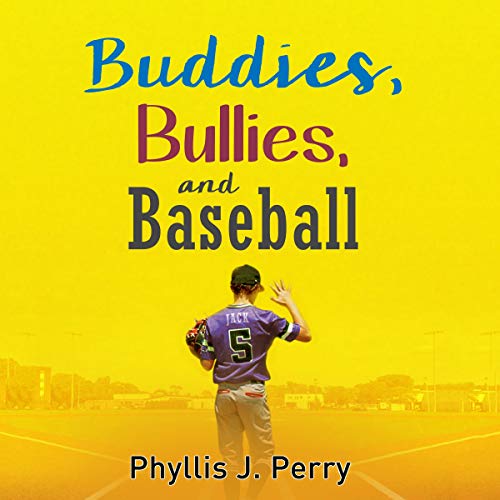 By: Phyllis J. Perry
Narrated by: Emmanuel Alejandro
Try for £0.00

When bullies act out, it’s time for buddies and baseball!

A cloud hangs over Jack as he begins fifth grade. Two boys from his class, Steve and Cliff, who began bullying him last spring, harass him again as soon as school starts. They take brownies and cookies from his lunch and call him "Mustard" because they think he’s a coward. When Jack walks a different route to school to avoid them, they find him anyway. When he doesn’t take a lunch but brings lunch money, they steal his money. When he rides his bike to school, they let the air out of the tires. Jack is miserable, but he’s ashamed to ask for help and doesn’t want to tell anyone about his problem.

Lizabeth and C.J. are Jack’s best friends. C.J. has his own problems. He needs help to learn reading, and Steve makes fun of him, calling him "Retardo". A new boy in school, Hans Ollig from Germany, speaks only a little English and is trying hard to learn to talk like the other kids. Jack is assigned to show him around the school.

Members of Jack’s family are all baseball fans and tremendously excited that the Colorado Rockies are going to be in the World Series. Jack’s uncle has given him an old glove from his high school days. When Jack takes the glove to school, it disappears.

Jack and his fifth grade buddies welcome a new student, Hans, into their group. Hans speaks only a little English but is enthusiastic and a quick learner. All of them are baseball fans and thrilled that their Colorado Rockies team will be in the World Series.

Jack and his buddies must find a way to get his baseball glove back and celebrate at the World Series as a team.

You will love this coming-of-age novel if you are a fan of Hoot by Carl Hiaasen, Twerp by Mark Goldblatt, The Hundred Dresses by Eleanor Estes, or Smile by Raina Telgemeier.

What listeners say about Buddies, Bullies, and Baseball