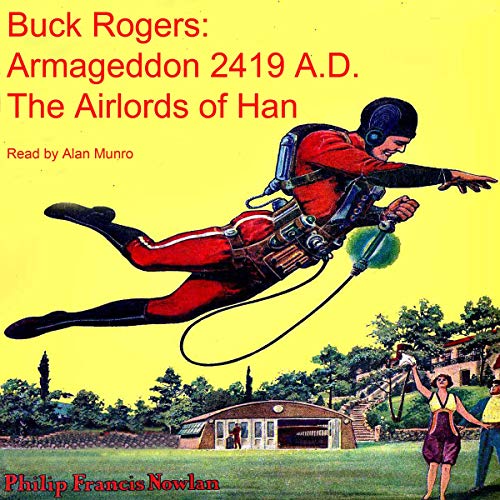 By: Philip Francis Nowlan
Narrated by: Alan Munro
Try for £0.00

Buck Rogers was a huge success, spawning many imitators such as Flash Gordon.

What listeners say about Buck Rogers: Armageddon 2419 A.D., The Airlords of Han

a good read, but a dated read.

a good read, but dated read. show the difference between earlier fantasy story, and styles.