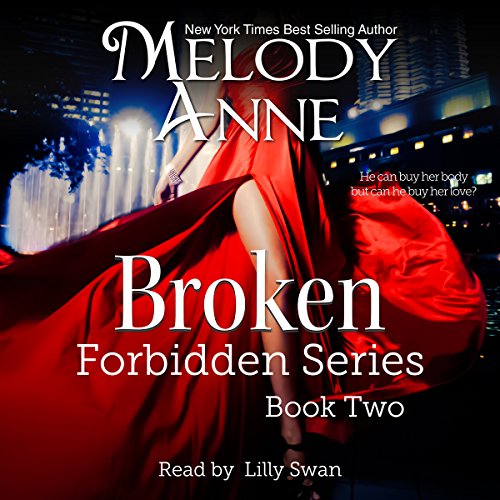 Relinquish Control has just opened its doors in Seattle, and already we are not shy for customers. Relinquish Control is an exclusive escort service catering to the most distinguished customers, from business magnates to foreign royalty. This proven and well-established international business offers an elite selection of women who are ready and willing to attend to your every need with no questions asked. Confidentiality is our special obligation.

Jewell Weston is homeless and desperate at 24. Two years ago, she quit her job to care for her ailing mother and her young brother; the medical bills incurred because of the cancer that killed her mother two months ago took everything the family had, and the state then took away her brother, now age 14. The only way for her to get the boy back is by finding a job and securing a home.

When she's approached by a woman in cashmere and pearls who tells her she can change her life, and is handed a card with the business name Relinquish Control on it, she thinks she has nothing to lose by calling the phone number. Maybe this will be the answer to her prayers, a way to save her little brother from the nightmarish foster home he's been placed in.

Blake Knight, known to the world as cold and without a heart, is given an exclusive membership to Relinquish Control by his devilish younger brother, who thinks it would be amusing to make his staid brother squirm. Little does this brother realize that Blake does indeed have unusual desires that Relinquish Control can cater to perfectly. What started as a joke turns out to be just what Blake needs. Though the world sees this man as deliberate and emotionless, it's nothing but a façade. What lies underneath would shock all those who know him.

Book 1 finished leaving you hanging and was not particularly good at all. Book 2 is a
lot better than Book 1 if you want to know the ending. These books are not her best books at all.

Lily Swan does a great job narrating this book. But I didn't like this book. I kept waiting and waiting for Blake and Jewel to get past their annoyingly bitter or overly sweet outbursts. I bought this book for $13.95. I'm glad I didn't use my credit ! These books should of been combined into one book. But at least it doesn't end with a cliffhanger like book one. I won't be getting book 3 in this series bc this book has made me not care. M.A. could have gone several different ways with this book and didn't. But this is my opinion.

Not as good as book one

I read the first one in the series and tbh, this second book was very disappointing. I’m trying not to give any spoilers but the whole back and forth “you bought me so you had the privileges” getting old real quick. The characters development is very weak. I really hope the main female character would become a lot stronger in the second book but nope.