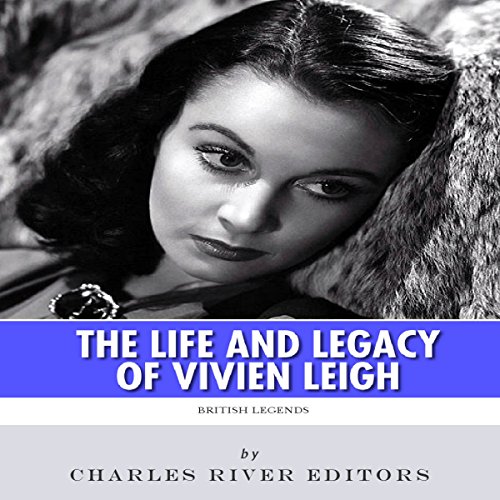 British Legends: The Life and Legacy of Vivien Leigh

British Legends: The Life and Legacy of Vivien Leigh

What made 1939 the watershed year was the release of several critically acclaimed movies, including The Wizard of Oz and Mr. Smith Goes to Washington. But the most famous of the bunch, and perhaps the most famous movie of all, is Gone With the Wind, and one of the most remarkable aspects of the film is that the quintessential Southern belle was played by Vivien Leigh, a British actress still relatively unknown in Hollywood. Vivien was an accomplished stage actress and had already appeared in foreign films during the 1930s, but she was a complete dark horse to get the iconic role she's still associated with, and it only came about because of her persistence in getting cast for the role. 30 years after Gone With the Wind was released, one film critic credited Selznick's "inspired casting" of Vivien Leigh as Scarlett with the film's success. Another 30 years later, the same critic wrote that Leigh "still lives in our minds and memories as a dynamic force rather than as a static presence."

While Gone With the Wind made Leigh a big name practically overnight, she continued to buck the usual trend by doing Broadway and even appearing on stage in London during the 1940s, instead of focusing on movies. A lot of this was no doubt due to her famous marriage to Laurence Olivier, himself an accomplished stage and film actor. At the same time, Vivien became notorious for being difficult to work with and unusually temperamental, a byproduct of bipolar disorder that frequently affected her mood and occasionally left her incoherently hysterical.

Nevertheless, Vivien was able to recapture the magic in 1951's A Streetcar Named Desire, which cast her in the role of Southern belle yet again. Phyllis Harnoll praised Leigh's Blanche DuBois by saying that, in the London stage production of the play, she showed, "proof of greater powers as an actress than she had hitherto shown". In fact, it was actually during her time as DuBois that she reached the pinnacle of her stage career. Likewise, her role in the movie was described as one "of the greatest performances ever put on film" and "one of those rare performances that can truly be said to evoke both fear and pity."

Unfortunately, her life and career faced constant upheaval by both her mental and physical maladies, including tuberculosis, which led to a premature death in 1967. British Legends: The Life and Legacy of Vivien Leigh examines the life and career of one of Hollywood's most famous actresses.

What can I say about this book. I can say that I had no idea that Vivian Leigh
had depression problems. Wow
I loved her in the films she was in. Great actress for her time.
This is a good book
I was given this book in exchange for my Honest Opinion in this review

I enjoyed this short by informative biography of the legend that was Vivien Leigh. To think about how much she accomplished in her life under the negative and challenging circumstances is awe enspiring. I really enjoyed this book which is a genre I usually don't lean toward. Well worth the credit!

What made the experience of listening to British Legends: The Life and Legacy of Vivien Leigh the most enjoyable?

This biography of Vivien Leigh, the British actress made famous for her role as Scarlett O'Hara in the 1939 film, Gone with the Wind, is concise, informative and enjoyable. By the end of this audiobook, the listener will have a very good understanding of this talented yet complicated actress.

A Beautiful and Talented Actress of Her Era

The vivacious and beautiful Vivien Leigh who played Scarlet O'Hara in GONE WITH THE WIND was a truly talented actress of her era. She was born in India and while her mother was pregnant, she meditated everyday which I think is pretty neat. I love reading/listening to stories of the older Hollywood icons. This audiobook talks about her relationships with people including David Selznick among others. It talks about her marriage to Lawrence Olivier including her condition which was a strain on their relationship.

SALLY MARTIN narrated this audiobook as it should be. I thought she did a fine job. She read it in an informative way that was perfect for this type of listen. I enjoyed it.

British Legends: The Life and Legacy of Vivien Lei

"This audiobook was provided by the author, narrator, or publisher at no cost in exchange for an unbiased review courtesy of Audiobook Blast."
A nice account of the life of a beautiful actress.


The narration was well done.