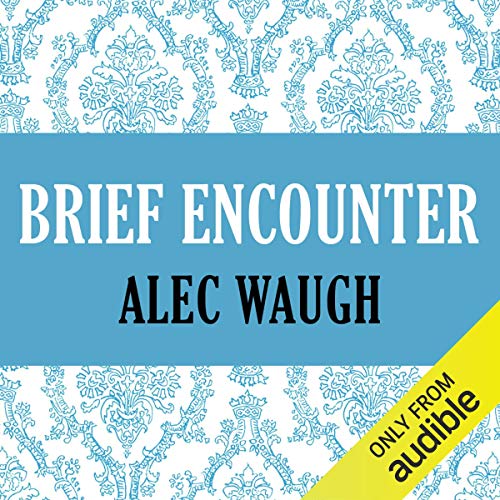 A chance meeting in a cafe, a piece of grit delicately removed by a gentleman from a lady's eye, and the affair is born. A brief yet unrelenting emotional tug-of-war between two people whose spontaneous desire clashes head-on with the 'facts' of their existence. There is Anna, married to Graham and happily content with her home life and two children. There is Alec, trapped in a loveless marriage to cool, uninvolved Melanie, looking to his work as a doctor for fulfilment. Between them a flame is kindled that splendidly ignites a passion way beyond the well-constructed limits of their imaginations. Then comes the test. Can they transform their dream into a lasting love or must it founder on the hard rocks of reality? Brief Encounter is also a major film starring Sophia Loren and Richard Burton.

Alec Waugh, 1898-1981, was a British novelist born in London and educated at Sherborne Public School, Dorset. Waugh's first novel, The Loom of Youth (1917), is a semi-autobiographical account of public school life that caused some controversy at the time and led to his expulsion. Waugh was the only boy ever to be expelled from The Old Shirburnian Society. Despite setting this record, Waugh went on to become the successful author of over 50 works, and lived in many exotic places throughout his life which later became the settings for some of his texts. He was also a noted wine connoisseur and campaigned to make the 'cocktail party' a regular feature of 1920s social life.