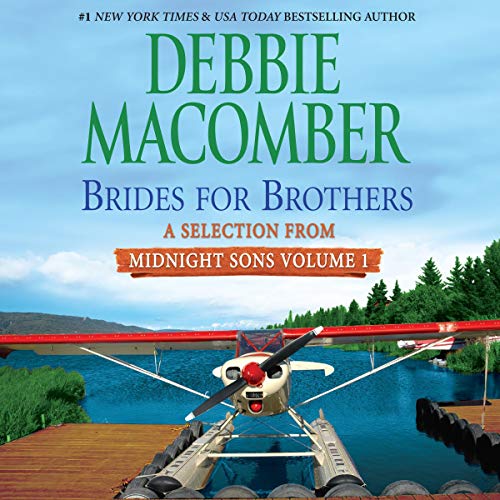 Brides for Brothers: A Selection from Midnight Sons, Volume 1

By: Debbie Macomber
Narrated by: Dan John Miller
Try for £0.00

Location: north of the Arctic Circle, Population: 150 (mostly men!) But the three O’Halloran brothers, who run a bush-plane charter service called Midnight Sons, are heading a campaign to bring women to town.

Sawyer O’Halloran, the middle brother, isn’t entirely in favor of this scheme. But he considers himself immune to any woman – even the lovely Abbey Sutherland. She’s arriving in Alaska within days. However, there’s a complication…or two. She hasn’t told them she’s arriving with kids!
©2010 Debbie Macomber (P)2010 Brilliance Audio, Inc.
Contemporary
Show More Show Less

What listeners say about Brides for Brothers: A Selection from Midnight Sons, Volume 1

I do not like cussing in stories. A person who uses it in writing is showing their ignorance. I will not get any more of her books. The narrator was good. Story too much like others.

good story. i bit too quick to fall so "in love" but over good feel good story