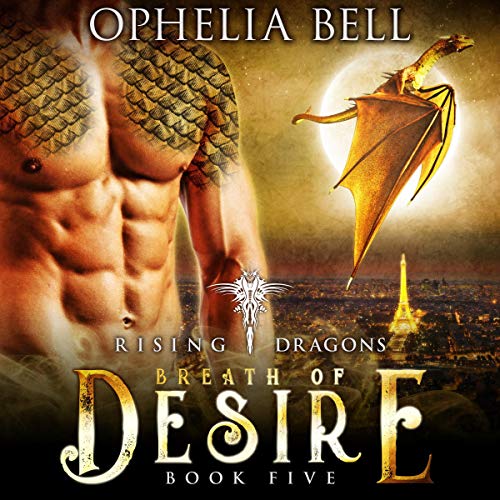 Golden dragon, Aurik, wants the man he loves to find happiness, even if he can't be with him when he finds it. He and his twin sister made a pact to share the human, Dimitri's affection. But the enigmatic Dragon Council isn't quite so content with the trio's situation.

When Aurik receives a decree that he find a female human mate or be treated like an Unbound and forced into servitude, he despairs of ever holding on to true happiness. He doesn't want a human woman. He wants Dimitri, but Court dragons like Aurik are expected to procreate or lose their rank and forfeit whatever riches they own.

Thea is still healing from the tragic loss of her lover, Alex, and the alienation of his twin brother Dimitri, who she also shared an intimate connection with. Finally close to rebuilding her life, her plans are thrown into chaos yet again when she receives an unexpected call from Dimitri. But he's not calling to reconcile. He's requesting her help with a mysterious research project he refuses to discuss except in person and promising that she will be well compensated. Resolving not to let their past ghosts interfere with the project, she agrees. She is unprepared when she meets Dimitri's new lovers, a pair of twins whose beauty dazzles her, and whose allure entices her into a new and amazing world beyond her imagining.

Except one of them seems oddly distant and unreceptive to her interest. The shadow of Alex's death begins to fade as Thea learns to find happiness and pleasure again, but the one person she wishes she could find a deeper connection with retreats further with each passing day. Can she get through to Aurik before he resigns himself to exile?

Wow couldn’t get any hotter

Wow this is a crazy whirlwind romance between four people.
Immortal Twin golden dragons have fallen in love with Dimitri a human but the dragon council says Aurik needs to mate a human and produce children.
Aurik and Dimitri think of everything to get out of this problem but just before Aurik flys off to a monastery leaving his twin and the man he’s lived to start a long happy mated life Thea comes back into Dimitri life. They were once lovers and happily in a threesome with Dimitri brother Alex before he died now Thea is meeting up with Dimitri about a research project or so she thinks but Dimitri hope she sparks a sexy golden dragon into mating.
There’s a lot of sex between all couples but not between the twins directly which makes the whole relationship even more complicated and interesting. Absolutely love this narrator as well I wasn’t sure because it a different narrator to previous in series but actually really like her voice and her accents for each character. Loving this series can’t wait for more.

I received this audible book for an honest review. It is an amazing story!! Keeps you listening well into the night!! Loved everyone!!So very happy with how it ended!! Ava Lucas does a wonderful job on all of the voices!! I highly recommend it!!! All of Ophelia Bell’s books are amazing!!!

Book 4 in the series. This audio starts out full of questions, and the dragons are torn between a decision they have to make a decision . That decision will either make the dragons stronger or divide the 2 male mates . .
The council tells Aurik that he needs to find a female mate to take with him . Aurik Is torn he can’t think of Luke without Demetri . Thea belongs to Demetri but both Males Dragons decide to share her .

As the series continues we meet 4 more characters who share their experiences and become a passionate unit. Ophelia Bell can write such passionate scenes that we crave more. Ava Lucas does a wonderful job of storytelling. Bring me more. ⚘⚘⚘⚘