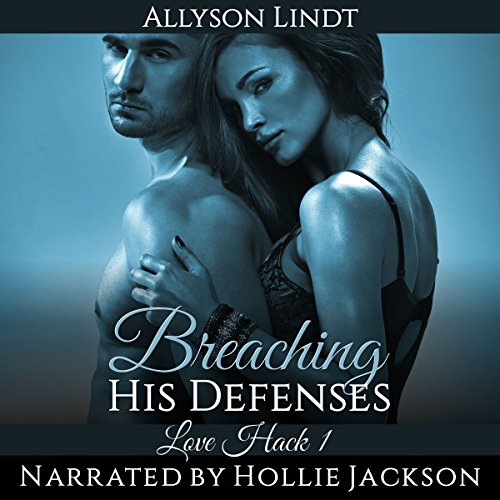 What happens in Vegas...can break hearts and destroy careers.

Years ago, heartbreak corrupted Jared Tippins's outlook on love. He spun the betrayal into a rapid climb up the corporate ladder, and swore off any relationship with a morning after. Luckily, the playful siren who rescues him from singing a duet alone in a karaoke bar doesn't want anything long term.

If only he could stop fantasizing about ways to make her moan. Sure, she could've mentioned he works for the competition. At least she's not behind the security concerns that have plagued his company for almost six months.

If she were, he'd be screwed on a whole new level.

What listeners say about Breaching His Defenses

I loved this book very much. Great characters, great story and great narration. Can't wait for the next audible from this author!!