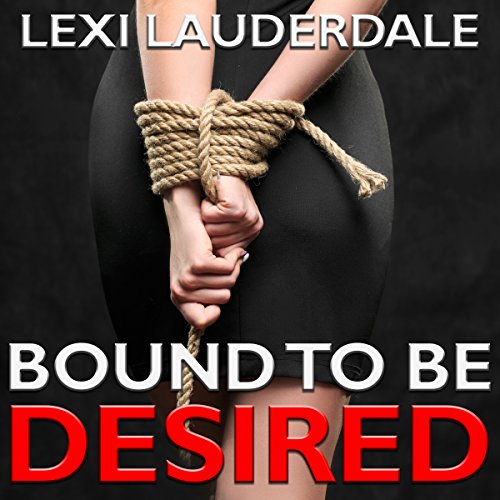 Bound to Be Desired

Bound to Be Desired

Christine O'Darragh has been hanging on to happiness by the tiniest of threads ever since discovering her (now ex-) fiancé's infidelity. She has thrown herself into her work as one of Paris's top studio designers, wowing her clients with her great taste and sense of style.

One wealthy client, however, refuses to be pleased. Alexander orders her around like a servant as she remodels his apartment. And on their frequent trips into the bedroom, he even makes her call him master. She lives for his pain, his pleasure, and his control, even though her dearest friend, Adèle, warns her that Alexander's particular brand of affection will destroy her.

Will Christine be able to turn the tables and take charge in Alexander's bedroom? If she does, her reward might be more than she ever bargained for.

A fabulous narrator. I loved the nuances she brought to the different characters. Shame the story didn't quite live up to her voice.