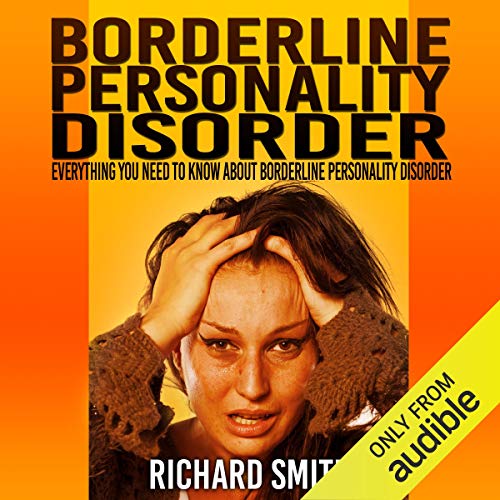 Everything You Need to Know About Borderline Personality Disorder
By: Richard Smith
Narrated by: Jim D Johnston
Length: 3 hrs and 48 mins
Categories: Non-fiction, Psychology & The Mind
3.5 out of 5 stars 3.6 (5 ratings)

Mental illness spares no one: children, adolescents, adults, and even the elderly. Chances are you may have a friend, parent, sibling, relative, coworker, or spouse who has it. When a loved one is affected, it changes the dynamic of the relationships we have.

Oftentimes psychiatric disorders are powerful enough to wreak havoc on the entire household simply because people don't know enough about them and how to deal with them. When these issues aren't addressed properly, it can lead to a painful cycle of blame and hurt.

If you or someone you love has BPD, you will find all the information needed to cope with this illness. It is not impossible to overcome, but it is most important to arm yourself with information.

I can't listen to this in full due to the narrators whistling of s' sadly.

A really insightful book, would recommend it for sure. If you or anyone you know suffers with BPD then it’s a great starter book.

Great information on borderline personality disorder. It actually gives hope of coping with BPD. Definitely want to keep in my library.

This was a very basic almost bulletpoint explanation of BPD. Too basic if you are really looking to understand what the BPD person is going through and/or how you might better your relationship with that person. Also, it constantly refers to the BPD person as a female to the point that the celebrities with BPD that are listed in the last chapter are all female. My daughter is BPD but so is her father and grandfather. So a more equal distribution and liberal use of male and female pronouns would have been nice.

good book, not so good narrator

Good book, very insightful. However, the narrator has a really loud whistle in his voice that makes it hard on the ears to listen to. He also speaks fast and his breaks between subject changes are very fast, which makes it hard to book mark. I had lower the playback rate to 0.85 times speed. This is a good book that should be re-recorded.

I really liked it. The narrator's whistle wasn't noticeable after about 10 minutes. Lots of interesting and helpful information here. I'll read more to learn more; I appreciate this author for this book. Thank you

Courtney Love is not dead as far as I know. This book referred to her as "the late Courtney Love".