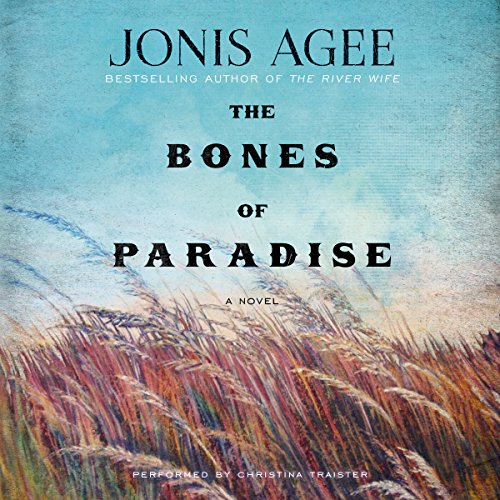 A Novel
By: Jonis Agee
Narrated by: Christina Traister
Length: 14 hrs and 28 mins
Categories: Fiction, Historical
3 out of 5 stars 3.0 (1 rating)

The award-winning author of The River Wife returns with a multigenerational family saga set in the unforgiving Nebraska Sand Hills in the years following the massacre at Wounded Knee - an ambitious tale of history, vengeance, race, guilt, betrayal, family, and belonging, filled with a vivid cast of characters shaped by violence, love, and a desperate loyalty to the land.

Ten years after the Seventh Cavalry massacred more than 200 Lakota men, women, and children at Wounded Knee, J. B. Bennett, a white rancher, and Star, a young Native American woman, are murdered in a remote meadow on J. B.'s land. The deaths bring together the scattered members of the Bennett family: J. B.'s cunning and hard father, Drum; his estranged wife, Dulcinea; and his teenage sons, Cullen and Hayward. As the mystery of these twin deaths unfolds, the history of the dysfunctional Bennetts and their damning secrets is revealed, exposing the conflicted heart of a nation caught between past and future.

At the center of The Bones of Paradise are two remarkable women. Dulcinea, returned after bitter years of self-exile, yearns for redemption and the courage to mend her broken family and reclaim the land that is rightfully hers. Rose, scarred by the terrible slaughters that have decimated and dislocated her people, struggles to accept the death of her sister, Star, and refuses to rest until she is avenged.

A kaleidoscopic portrait of misfits, schemers, chancers, and dreamers, Jonis Agee's bold novel is a panorama of America at the dawn of a new century. A beautiful evocation of this magnificent, blood-soaked land - its sweeping prairies, seas of golden grass, and sandy hills, all at the mercy of two unpredictable and terrifying forces, weather and lawlessness - and the durable men and women who dared to tame it. Intimate and epic, The Bones of Paradise is a remarkable achievement: a mystery, a tragedy, a romance, and an unflagging exploration of the beauty and brutality, tenderness and cruelty that defined the settling of the American West.

I loved the previous book by this author, "The River Wife", it too was quite depressing, but I'd recommend it along with this.

A family has been split, the mum teaching the Indian reservations kids and the dad and two sons, staying at the ranch. You never quite know why there is a split, but it has something to do with the grandpa. The father is killed and suddenly all the past secrets come flooding out. As I say, quite sad, so get some chocolate to cheer you up!

This novel captured me from the beginning to the end. The author of Bones of Paradise uses a blend of historical information and beautiful imagery as he weaves an intriguing story of unforgettable characters. I will be thinking of this wonderful novel for some time.