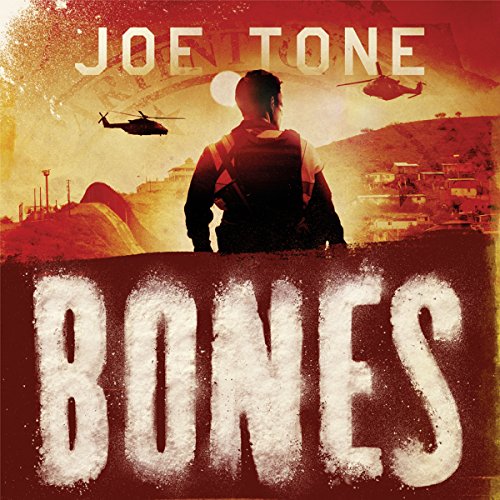 Bones: A Story of Brothers, a Champion Horse and the Race to Stop America’s Most Brutal Cartel

A Kirkus Reviews nonfiction book of the year and a New York Times Editor's Pick.

Two brothers live parallel lives on either side of the US-Mexico border. This is the dramatic true story of how their worlds collided in a major criminal conspiracy.

José Treviño was raised in Nuevo Laredo, a Mexican border town and major smuggling gateway. He grew up loving the sprawling countryside and its tough, fast quarter horses, but in search of opportunity he crossed the border into Texas.

While José built a modest living laying bricks, his younger brother, Miguel, ascended to the top of the infamously bloody Los Zetas cartel. As José settled down with a wife and kids, his brother was said to be burning rivals alive, eating victims' hearts and launching grenades at the US consulate.

Then one day José showed up at a quarter-horse auction and bid close to a million dollars for a horse. The bricklayer suddenly became a major player on the scene, catching the attention of FBI agent Scott Lawson. Lawson enlisted Tyler Graham, the young American rancher breeding José's champion horse - nicknamed Huesos, or Bones - to infiltrate what he suspected was a major money laundering operation. The goal: capture Miguel Treviño.

Set against the high-stakes world of horseracing, Bones takes you deep into a violent drug cartel, the perilous lives of American ranchers and the Sisyphean work of drug cops, revealing how greed and fear mingle with race, class and violence along the vast Southwest border. At its heart, this riveting crime drama is a gripping story of brotherhood, family loyalty and the tragic cost of a failed drug war.

"Masterfully recounted...Tone weaves the threads together with skillful pacing and sharp prose, marking him as an important new talent in narrative nonfiction." ( New York Times)
"Brilliant... Bones is an important addition to the literature on the U.S.-Mexico drug trade and a fascinating window into the subculture of American quarter-horse racing." ( Outsider Magazine)
"Riveting...Working with rich material, Tone constructs a powerful narrative that reveals tensions of class and race - and unbreakable family bonds." ( National Book Review)

What listeners say about Bones: A Story of Brothers, a Champion Horse and the Race to Stop America’s Most Brutal Cartel