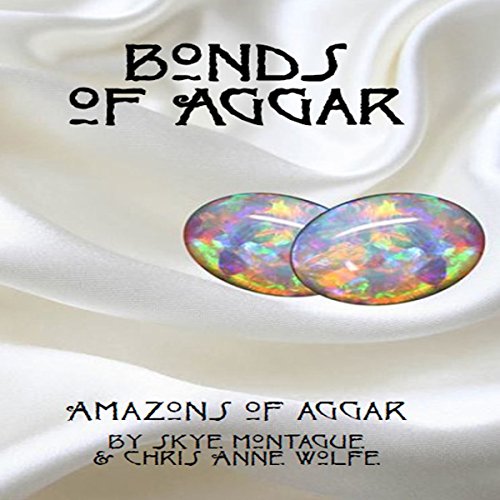 There are more powers on Aggar than the Blue Sight. More dangers than the Terrans. And more loyalties than the Bonding.

Shadows of Aggar wasn’t the end of Elana and Diana’s story.

Tragedy strikes on the eve Elana and Diana are to leave Aggar behind for Diana’s homeworld, drawing the two women into one more mission. But the politics and social corruption on Aggar run deeper than either woman suspects, and Elana finds herself torn between following her love to the other end of the galaxy and her duties to her collapsing homeworld.

Set immediately after Chris Anne Wolfe’s best-selling classic, Shadows of Aggar, and authorized by Wolfe’s literary estate, Bonds of Aggar delves into the dark side of Aggar itself and the complications that come with being powerful in a world that shuns difference.

What listeners say about Bonds of Aggar

Great addition to the aggar series, not one of my favourites to be honest, works well as a stand alone book but also closes the gap between book one (shadows of aggar) and two (fires of aggar). definitely worth reading or listening to!!

I was slightly taken aback by the darkness of this book. Of all the series, this book was the most intense. It showed the characters on a different light, which gave them great depth. Overall, it was still a great book!