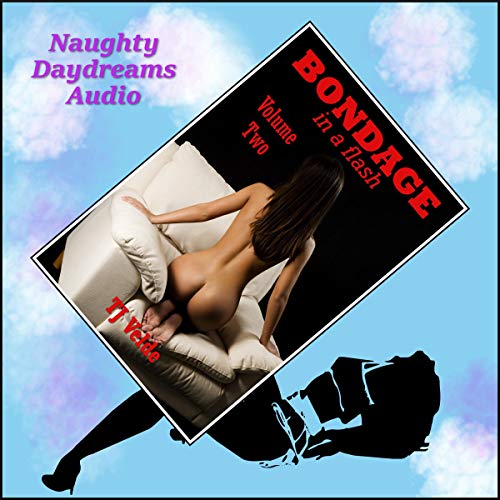 Bondage in a Flash, Volume Two

By: TJ Velde
Narrated by: Concha di Pastoro
Try for £0.00

Perhaps it was the trepidation or perhaps it was the panic. Perhaps it was the anticipation. Perhaps it was something else. There was nothing in my life that could compare to the sudden shocking and almost painful sensation of the ice on my nipple. Naturally, it hardened (and they were both already hard because the situation itself was intense and stimulating) to a little bullet. More than that; it was a bullet that seemed to hurt like hell even though I felt as aroused as I had ever been.

Alex moved the ice cube to the other nipple and the process repeated itself. I couldn't believe how dramatic the sensations were. When we first talked about doing something like this, it just seemed sexy. It seemed playful. It seemed a little bit adventurous. It certainly didn't seem like it would bring with it the intensity of sensations that it actually did. Alex moved the ice cube over my nipples one after the other. Gradually the shock of it wore off and I realized to some extent they were numb.

I didn't think they were numb until he twisted one hard. I knew that if I had not experienced the ice on my nipples ahead of time, that twist would have been vicious and caused me a tremendous amount of agony. As it happened, though, the pain was not only bearable but actually felt good. I didn't understand it, so I squealed and moaned. Alex chuckled deviously and then produced a brand new piece of ice. I stared at it as he slowly brought it over my face, just an inch or two above and then put it back at my chin. I squealed again because it seemed that my skin had warmed up enough to make that extraordinarily cold again.

What listeners say about Bondage in a Flash, Volume Two