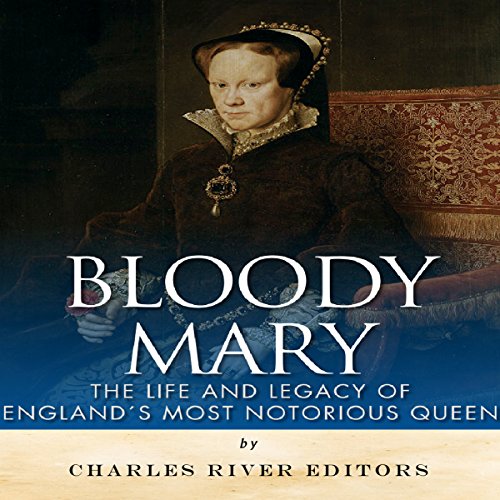 Bloody Mary: The Life and Legacy of England's Most Notorious Queen

Bloody Mary: The Life and Legacy of England's Most Notorious Queen

"When I am dead and opened, you shall find 'Calais' lying in my heart." (Mary I)

Queen Mary I ruled England and its conquered territories in Wales and Ireland for only five years, from 1553 to 1558, yet she has been remembered for nearly 500 years as Bloody Mary, the Catholic oppressor of a Protestant country. The truth, as usual, is more complicated than the myth. The oldest surviving child of King Henry VIII, she grew up in an era of religious and political turmoil, both in England and abroad, and though united in its Christianity, the continent was divided in how it approached that faith. A growing wave of protest and dissent had been met with brutal suppression in the 15th century, only to emerge like a phoenix from the flames in the form of Protestantism. With religious faith and political practice deeply intertwined, countries were being torn apart in a growing conflict between Catholics and Protestants. Mary's life was shaped by her experience of this, and by the twisted family politics of her father, Henry VIII.

Henry VIII's lone mail heir, his young son Edward, was a strong Protestant, but a sickly teen. As it became clear that he would not survive to adulthood, Edward did not want his crown to pass to Mary, a zealous Catholic, whose brutal reign would include 280 "heretics" being burned at the stake during the Marian persecutions. However, Edward could see no constitutional, or indeed nonarbitrary, way to pass over Mary and choose his younger sister, Elizabeth. Hence, in his typical schoolboy penmanship, Edward's will attempted to override the Succession to the Crown Act of 1543 (advocated by his father and passed by Parliament), bar both Mary and Elizabeth from the succession, and declare Lady Jane Grey, the granddaughter of Henry VIII's sister, as his heir.

Being a legitimate history-nut, I still learned things I hadn't known, like Queen Mary's influence on finances. Actually, she could honestly be compared with Queen Michal, daughter of King Saul. Both raised by tyrannical fathers with serious issues. Both childless. Both having issues with faith. (Guess you can tell who else I listened to a book about recently, lol). Now I'm wondering how Mary of England's policies might have influenced Mary Queen of Scots and Elizabeth's treatment of her. Narration was fast, at times, too fast! Story great for cliff notes or bullet points for a term paper.

Not what I expected. Was interesting in learning more about Mary 1.
Things we never knew. She over came a lot ...

I love the Story of Mary Tudor. However, the lady who narrated this story was absolutely horrible. id rather be burnt alive. I couldn't finish this because I couldn't handle her voice. Hopefully, the author knows so his work doesn't get ruined in the future.