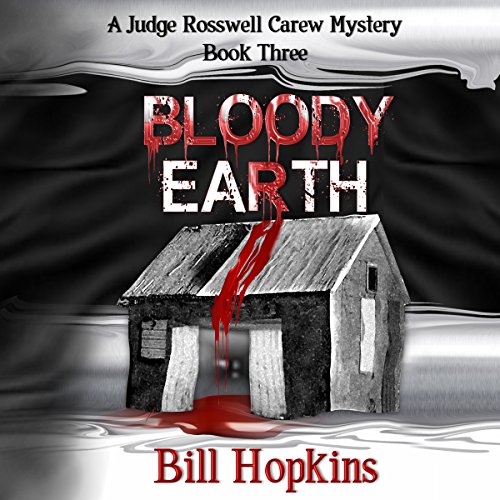 After he witnesses the prosecutor tumble to his death on the steps of the courthouse in Cape Girardeau, Missouri, Judge Rosswell Carew immediately suspects his archenemy, Nathaniel Dahlbert, of murder. None of the authorities believe Rosswell because of his troublesome background. When he teams up with his reluctant research assistant, Ollie Groton, unknown hiding places, untold secrets, and unsolved crimes push Rosswell to the brink. If he can't convince the cops who the murderer is, his own life, along with the lives of his family and friends, may also come to a grisly end.

What listeners say about Bloody Earth