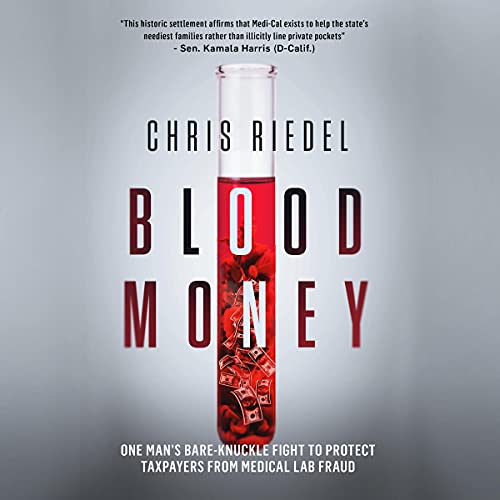 By: Chris Riedel
Narrated by: Gary J. Chambers
Try for £0.00

Blood Money is the true legal thriller of a terrifying David vs. Goliath fight against massive healthcare fraud by a brave whistleblower. It includes attempted murder, extortion, money-laundering, fraudsters hiding money in the Cayman Islands, gold buried in a storage container in a CEO’s backyard, an assistant attorney general sabotaging her state’s case, and a corrupt governor torpedoing litigation by his own attorney general.

From Silicon Valley to the Sunshine State, in a showdown that is like a Hollywood movie, Chris Riedel survives to share it all. His actions have resulted in a court verdict and settlements totaling more than $550 million...and counting.

What listeners say about Blood Money