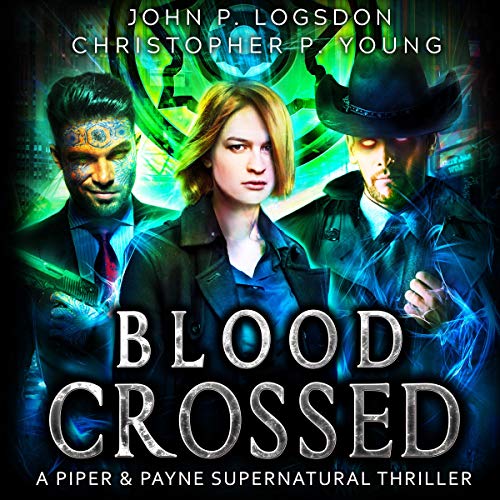 She never wanted a damn partner....

Meet Piper Shaw. She's one of the Netherworld Paranormal Police Department's toughest. She's also an immortal, and she's got one hell of a chip on her shoulder.

Meet Reaper Payne. He's an actual reaper. Yes, one of those guys who ferries the dead. Unfortunately, he broke a rule of his order, and it was a doozy. His punishment is to dwell alongside the living for 100 years.

They're both Retrievers in the PPD. Essentially, they hunt in the Overworld to bring back supernaturals who have overstayed their welcome.

Piper is clear about one thing: She does not want a partner. They just became partners.

Gallien Cross is an escaped prisoner. He's been turning normals in the Overworld into vampire zombies. His goal is to build an army that will keep him from going back to prison.

Piper and Reaper must put aside their differences as they battle through tough goons, vampire zombies, and Cross himself.

But things aren't always what they seem, and when she finally learns the full story, it may just be too late for everyone....

Read it, don’t listen to it

I’ve both read and listened to Logsdon’s books before and I enjoyed them. His humor isn’t for everyone but it makes me chuckle. This story moves slowly. I’m not really getting the main character but I’m going to give this book a chance by reading it. I can’t finish the audiobook. This narrator is horrible. She simply reads the book. The sample doesn’t really give you an idea of how bad she is. You can’t tell different characters because she doesn’t change her vocal tone at all. At least if I read it, I’ll know who is speaking. And I’ll make sure each character has his/her own voice.

may be a good story but I couldn't get past the poor narration to enjoy it.

The book was entertaining and fun and a good addition to the PPD universe. I really liked finding out more about the Retrievers. The narration was not good, unfortunately. Every character had the same voice and inflection. It was very confusing and a bit boring to listen to.. If there were not written indicators to state who was talking, it would have been indecipherable. I ended up reading the last third.

Ummm... why did they choose this narrator?

I don't mind narrators that don't use character voices but this narrator is terrible. I sped up the narration to 1.25 and it helped (a little). another reviewer mentioned how the sample doesn't convey how bad it was but I didn't believe the person. I should have.

This is a great little story. Very interesting characters will draw you in. Cant wait to get to the second book in the series.

Enjoyed the story, Piper is a bit of a tool. Reaper is interesting. I will be looking forward to learning more about him.