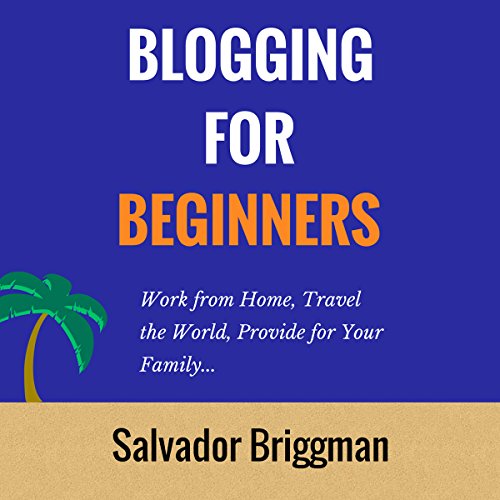 Blogging For Beginners: Work from Home, Travel the World, Provide for Your Family

Blogging For Beginners: Work from Home, Travel the World, Provide for Your Family

It was literally insane. I was 24 years old and I felt like I was rich. I could go anywhere at any time, and had no one to answer to. At a moment's notice, I could book a trip to Brazil, Spain, South Africa, or France. What's more... I'd make money while I was traveling. The catch was, I wasn't rich. Nowhere close. Don't get me wrong, I was making good money. I was living in New York City. I could afford to party, eat out and even save money. But my time wasn't tied to my money. I was making money in my sleep and not even trying. Sounds like the story behind some kind of scam, right? I thought so too.

I never bought into book titles like "The 4-Hour Work Week", "Rich Dad Poor Dad" or "Think and Grow Rich". I thought they were marketers trying to sell poor saps the dream of getting rich quickly. Real results take decades to achieve and only come at the price of ignoring your friends, family and lover, right? When I talked about my job with relatives and family members, they'd raise their eyebrows in surprise. They'd look at me doubtfully and ask, "And you can make money at that?" Of course I could! After all, so many people Online were making a killing. In fact, one of the friends that I grew up with was making lots of money with a website that ranked Minecraft servers. This site was getting millions of views a month and here's the catch... he was younger than me.

What I was doing Online seemed completely obvious. Anyone could do it. But when I explained it, I would always get blank stares. People couldn't comprehend the fact that I was able to set up a blog so easily and rake in cash, even when I was sleeping. I had to be lying or doing something illegal, otherwise everyone would be doing it! This audiobook is going to tell you exactly how to start your own blog and turn it into a full-time cash-generating machine. I'm going to give you the keys to the kingdom, which will unlock this entirely new career that you never thought was possible.

Inspired me to follow through with my idea of blogging. Wrote down several gems that I plan to use to start m blog. I was able to listen to this on Audible in a few hours but gained valuable information. Salvador shows you numerous ways you can make money blogging. Glad I purchased this book!