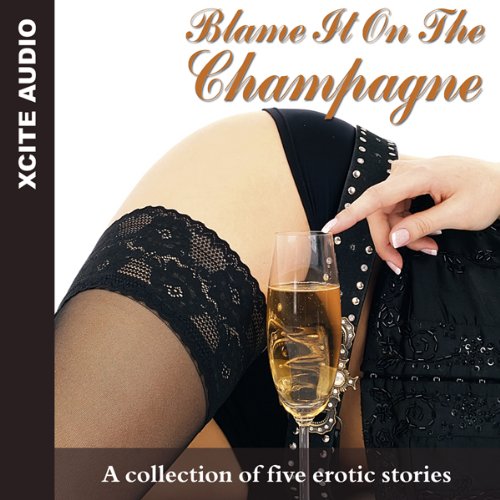 Blame It on the Champagne

By: Cathryn Cooper
Narrated by: Katy Anderson
Try for £0.00

'Blame it on the Champagne' by Gwen Masters: She didn't fall for him - she fell on him. Literally. They were both wet from the champagne that she'd tossed over them, but by the time they'd finished in the ladies room, they'd both be a lot wetter.

'The Hotel Room' by Dianne Cross: It wasn't like Mark to be late. He enjoyed the sessions in the hotel room with Alexa as much as she did. They forgot about their everyday lives there, where what happened was separate from the real world. It was all about the sex.

'Playing to the Camera' by Stephen Albrow: She knew that Big brother was watching, and she was determined to give him something to watch. Out there on the High Street with the CCTV trained on her, she performed for the camera and the guy that would be watching it. If she was lucky, she might even get the reaction she wanted.

'Open Bottle Policy' by Jeremy Edwards: The hotel's open bottle policy said that Dave's waitress had to escort him and his half-drunk bottle of wine to the lift, but she didn't stop until they were on the other side of his bedroom door. But there would be no extra payment for this room service.

'Buccaneering Blarney' by Jim Baker. Sarah went along on the cruise in the hope of a good time, but she was disappointed. However, when the yacht is boarded by pirates, that all changes. Jolly Roger takes on a whole new meaning.

What listeners say about Blame It on the Champagne