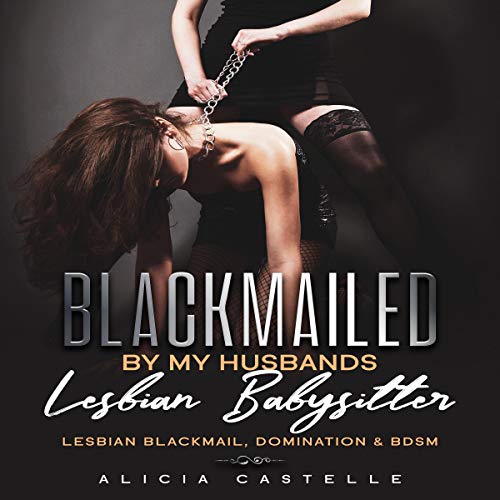 Blackmailed by My Husband's Lesbian Babysitter

By: Alicia Castelle
Narrated by: Jackie Marie
Try for £0.00

Claire swallowed hard. She had no idea what she was supposed to do next. For all that women flirted with her and hit on her, she had never been with a woman before. She locked her phone and set it and her purse on the counter. Slowly, she unzipped the back of her dress and removed it, leaving just her bra, panties, stockings, and shoes on.

Once again, that hungry look in Vickie's eyes made her tremble.

"Take off the rest," Vicki said.

With nervous fingers, Claire removed her bra. She let it fall to the floor and pushed down her panties and thigh highs, stepping out of her heels when both reached her ankles. She picked everything up, not bearing the idea of everything just lying on the floor. She piled them neatly on the counter and waited to see what Vickie said or did next.

"Good," Vickie said. "I want to inspect my property to make sure I like what I'm getting."

What listeners say about Blackmailed by My Husband's Lesbian Babysitter