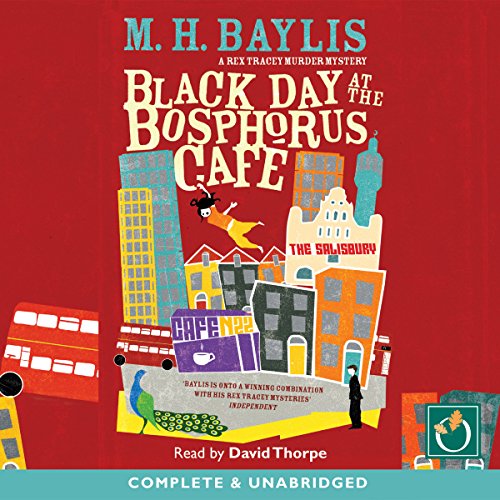 Black Day at the Bosphorus Cafe

When Mina, a Kurdish student activist, plunges in flames from the top floor of Wood Green Shopping City, it’s widely assumed to be a political protest. But local reporter Rex Tracey, who knew the dead girl, doesn’t buy it. His suspicions mount when a council whistleblower meets a similarly ugly end. As he investigates, the sleuthing journalist with the chequered past and the penchant for Polish lager is sucked into a world of honour killings, corrupt officials, and clashing traditions.

"Black Day at the Bosphorus Café is both a page-turner and a portrait of modern urban living." (Glasgow Herald)

What listeners say about Black Day at the Bosphorus Cafe