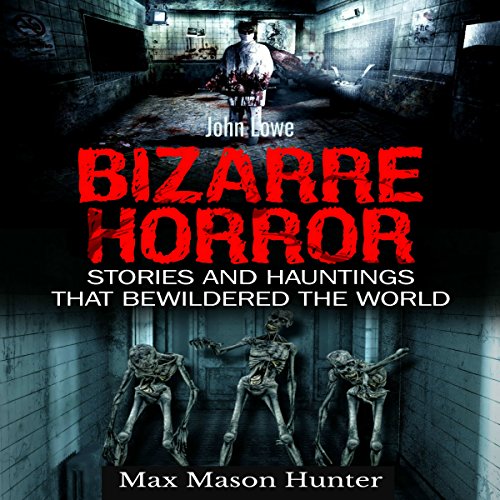 Stories and Hauntings that Bewildered the World.

There are numerous ghost stories around the world that are seen as being rather bizarre, to say the least. However, they are not just limited to strange and unusual places. Instead, even some of the most famous buildings in the world are known to have their fair share of ghostly encounters.

There's no doubt that ghosts are everywhere. In fact, you never know when you will encounter them, and that is part of the fun. Perhaps even the home you are in at this moment in time may have some connection to the spirit world.

Throughout this audiobook, we are going to take you on a tour around numerous locations, from a pirate house, to the bank that is used by Queen Elizabeth II in London. When you throw in the White House, then you have an eclectic mix that is capable of providing you with a range of hauntings across the ages.

From sightings, to sounds. Footsteps, to voices and laughter. This is an audiobook that will provide you with a real insight into what is possible when you encounter those individuals that are on the other side.

Here is a preview of what's inside:

What listeners say about Bizarre Horror