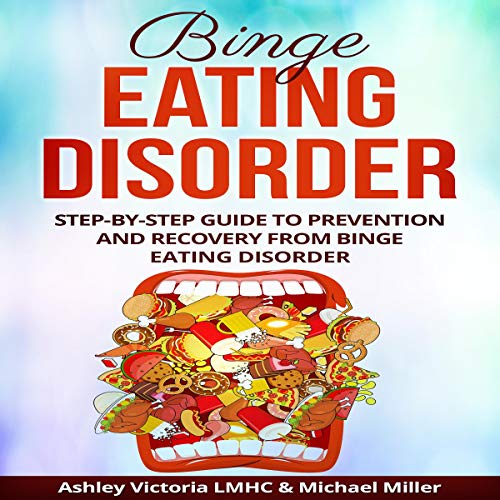 Do you consume abnormally large amounts of food in one sitting? Do you doubt your untimely binging is a problem? Are you someone who is not comfortable revealing you suffer from binge eating disorder? If your answer to any of the above questions is a "Yes", then you have got hold of the right audiobook.

Binge eating is a serious disorder that masks itself as overeating and can go undetected for long periods of time. It may surprise you, but binge eating affects more people than bulimia and anorexia. Consuming abnormally large amounts of food in one sitting becomes a regular feature in the life of binge eaters. Most of these individuals don't even recognize there's something wrong with them until they get overweight or obese.

Part of the reason why this happens is because there is a lack of awareness among people with regards to this disorder. The symptoms are often passed off as overeating, and most people think it's normal for someone to eat until their guts hurt.

The very reason we wanted to come up with an audiobook for people suffering from binge eating disorder was to spread awareness about it so they don’t face the issues many people did and ignore the problem.

Through the course of the audiobook, we intend to openly discuss binge eating in detail. Until now, if you thought you might have to live with this disorder forever, this guide will prove you wrong.

Here is a quick snapshot of what is covered in the audiobook:

So what are you waiting for? Click on the "Buy Now" button and grab your copy today.