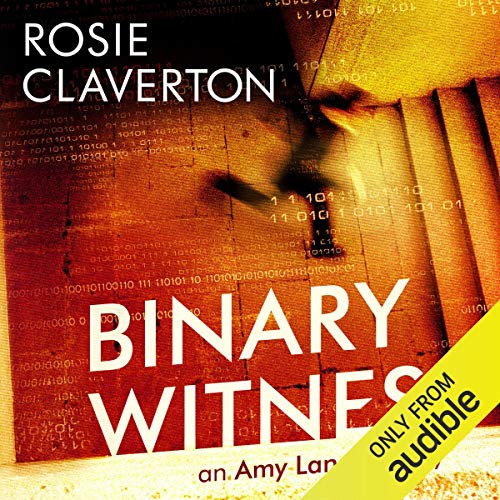 Police detectives rely on Amy Lane to track the digital debris of their most elusive criminals - when she's not in the throes of a panic attack.

After two students disappear in Cardiff, Amy uncovers photographic evidence that they've been murdered. From the safety of her computer, she looks through the city's digital eyes to trace the steps of a killer.

Amy's investigation requires footwork, however, and the agoraphobic genius can't hack it alone. She turns to her newly hired cleaner, ex-con Jason Carr. Jason is fascinated by both Amy and the work and can't refuse even when she sends him into situations that risk returning him to prison.

The killer strikes again and again, and Amy and Jason are the only investigators closing in on him. But Amy's psyche is cracking under the strain, and Jason's past is catching up with him. To stop the next murder, they must hold their unconventional partnership together at any cost.

What listeners say about Binary Witness

In a genre filled with crime solving duos, Amy and Jason breathe fresh air into dynamic that is uneven yet mutually supportive. Also I did not see the twist coming.

One of the best books I've listened to. Fantastic storyline, really well thought out. Sometimes I find characters don't have much depth but both Amy Lane & Jason Carr were believable and relatable. Would highly recommend and can't wait to listen to more of Rosie's books.

I immediately got caught up in the story. it was a refreshing change from the same old suspense novels about.