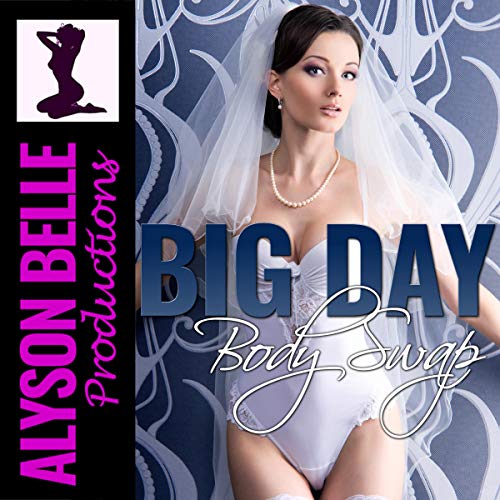 By: Alyson Belle
Narrated by: Juliana Solo
Try for £0.00

Be careful what you wish for, as the old saying goes, and it’s doubly true when you have a very big day coming up....

Roland’s wife Blair has been planning her dream wedding ever since she was a little girl, and as their wedding date has drawn closer and closer, Roland has been watching Blair’s spending spin out of control. He might not agree with all of her choices, but it doesn’t matter - he’s the man, and he’s expected to just shut up and pay for it all since this is Blair’s big day. When his simmering resentment finally spills over, he makes an innocent wish that Blair could understand how hard he has it.

The next morning, Roland wakes up in Blair’s body, and she finds herself in his. After some extra-steamy experimentation in their new bodies, they realize that the wedding is still just days away. Unless they can find a way to switch back before their big day, Roland is going to have walk down the aisle as Blair!

But that’s hardly the only thing on their minds - there are a million chores to do before the wedding: Making the cake, going to the bachelorette party, and of course, the ever-present distraction of some hot experimentation as the opposite gender. Will Roland and Blair be able to get out of their predicament in time, or will Roland end up having to say “I do” in a much more feminine outfit than he ever would have expected?

Romantic and Sentimental, as Expected

This was a really good story and was certainly very romantic and sentimental, just as I predicted it would be. The transformation piece was well done, although I must say that the story did slow down in the middle for me and I had to fight to retain interest. I’m glad I finished it though.