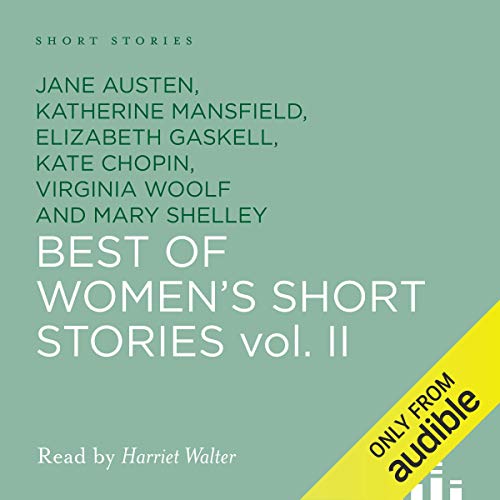 The Best of Women's Short Stories, Volume 2 is a celebration of iconic female writers from the 19th and 20th centuries; featuring eight full-length stories relating the many experiences and complexities of womanhood. This collection brings together stories by Katherine Mansfield, Mary Shelley, Elizabeth Gaskell, Kate Chopin and Jane Austen.

Narrated by Harriet Walter, a popular British actress whose film and TV credits include Atonement, Star Wars: The Force Awakens and Netflix’s The Crown.

"Harriet Walter's range in these stories is impressive...A real listening pleasure." (The Oldie)

"This excellent production lifts the curtain on some forgotten stories." (The Scotsman)

What listeners say about Best of Women's Short Stories, Volume 2

If you could sum up Best of Women's Short Stories, Volume 2 in three words, what would they be?

The background emotion which caught you

What does Harriet Walter bring to the story that you wouldn’t experience if you had only read the book?

Fantastic narrator who can play the separate characters brilliantly bringing then to life. A voice made for narrating stories.

The stories were excellently and classically written, and with the emotional elements of the heart, they had you hanging on until the (mostly) bitter end. Sadly the only downside was , due to the way it has been edited, that there isn't even a breath taken between stories for you to contemplate the touching story as a whole.

One story read by a different voice

I got this book to listen to at bedtime. I chose it because the voice is soothing and it contained "A Pair of Silk Stockings." That particular story, however, is read by a different voice, in a louder tone, and the recording isn't as clear. The other stories are good.