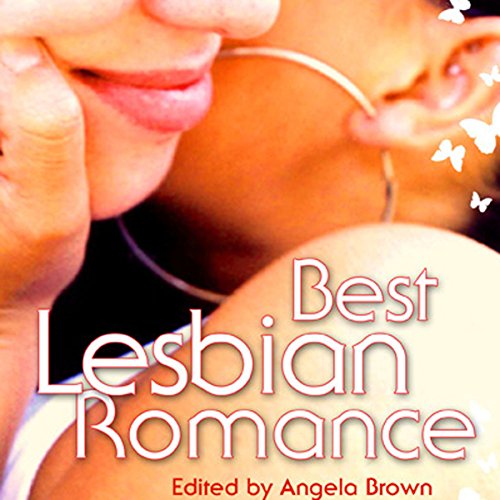 There weren't any real stand out story's for me with this one ,but you might find one you like sorry I cant be any more helpful.(your on your own with this one)

This was a great. variety and stories, and the narrator was fabulous. her use of accents made each story feel truly unique

What would have made Best Lesbian Romance better?

The stories needed to be more graphic and the endings with leaving the listener, reader to imagine what happened next got really tiring after the first time it was done.

What could Angela Brown have done to make this a more enjoyable book for you?

If this genre inclusion is supposed to be the best, it needed to actually live up to its promise. The stories were lackluster at best. Nothing stands out in the collection for me. They all seem to run together as snippets and not an actual collection where any of them could stand alone and be memorable.

The first narrator took some getting used to since her voice is British or not American. The distraction was annoying, but eventually, I got used to it and then the narrator changed and the first narrator was forgotten.

What character would you cut from Best Lesbian Romance?

None of them stand out so there is no one character who could be cut. I don't remember much of any of them.

There is something about the title of "Best" which should come with the caveat perhaps. These were lukewarm and lacked luster. The build-up is fine, but then after the build-up, there should be something which fulfills the promise of the build-up, the story. The idea of leaving the listener to their own devices to imagine what happened might be fine for one story, it might be great for a mystery or thriller which there are going to be sequels. The formula does not go well in a series of strung together scenarios having nothing to do with each other besides they are all lesbian in nature. At some point, the editor should go outside of the theme formula of presenting open-ended stories and have at least one or more which gives something more than a weak whisper of a promise left unfulfilled.