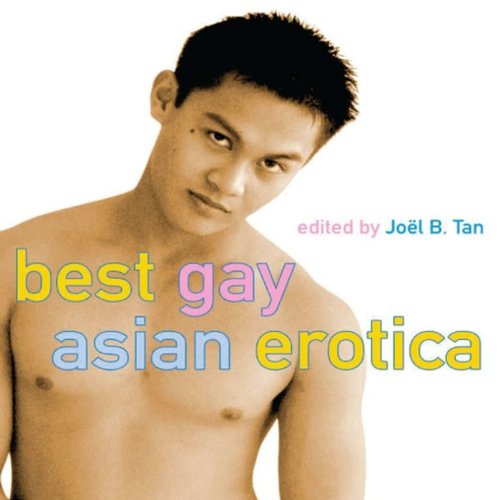 "Asian and Pacific Islander men don’t define ourselves by our otherness, our inscrutability", says Joel Tan’s introduction to his stereotype-smashing anthology, Best Gay Asian Erotica. Writers from Filipino and Chinese backgrounds, but also white and black writers, appear in this collection that all feature gay Asian men as the "focus of desire".

Kenzaburo Mizuno unites these stories with his full-bodied voice and an intimate manner that avoids camp. In Jaime Cortez’s "War on Abstinence", Mizuno’s character voices capture the excitement and awkwardness of a tryst in a San Francisco hillside. In R. Zamora Linmark’s "Rolling the R’s", Mizuno evokes a California surfer’s friendly demeanor as he flirts with two friends.

Go beyond the locker room in this playful, imaginative, and lushly written collection of gay Asian erotica, with settings as diverse as a bamboo grove in China and a sleepy crank caller's Los Angeles apartment. Best Gay Asian Erotica brings together stories of lust and adventure - each with a queer Asian man as the focus of desire.